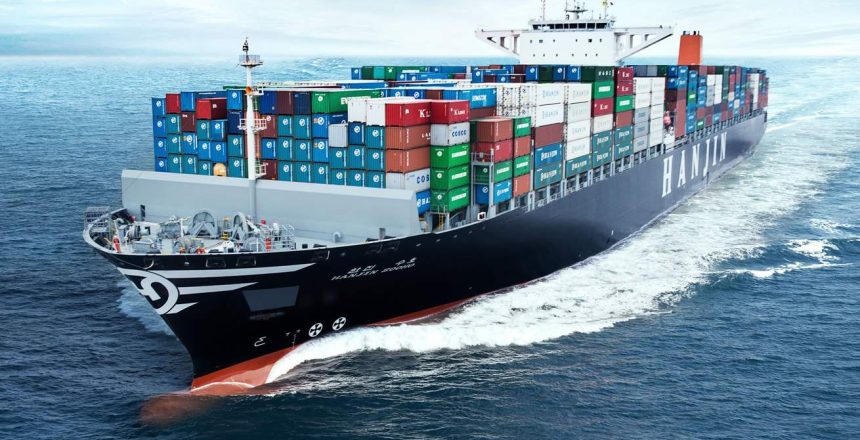 What Are the Factors Affecting the Global Ingredients Market?

In October, inflation was high at 8.2%, and most vendors attempted to increase sales through promote on.

In early 2022, one U.S. dollar (USD) was equivalent to approximately 6.5 CNY. Today, it equals about 7.2 CNY. Due to China’s encouragement of exports, the exchange rate between the Chinese Yuan and the U.S. dollar has reached new all-time highs.

Ocean freight costs dropped to 10% of their value in June due to a decrease in economic activity.

The war in Ukraine has caused an energy emergency in Europe, resulting in high energy costs and increased demand for grains and starch products.

The price of arginine is stable, but Arginine Alpha-Ketoglutarate (AAKG) 2:1 powder‘s output has decreased.

Due to low demand, the price is currently down.

The price of Alpha GPC 50% powder and Alpha GPC 99% powder is stable.

The price of DIM powder is stable.

The price of ascorbic acid has fallen to levels lower than in 2016, but it may rise slightly during the holiday season.

Supply and price are stable.

The price is currently low, and both Chinese and Japanese factories are exporting to the U.S. market.

The U.S. market is expected to decrease early next year as factories adjust production lines and gas prices have raised costs.

The market and price are stable.

Price is trending down because the starting material is becoming cheaper, and U.S. domestic production has normalized.

The price of the good is expected to go up early next year due to increased energy costs.

The market for this ingredient is trending down, and vendors are trying to sell their remaining stock.

The spirulina price is lower now than last year due to decreased demand; however, the chlorella price has looked slightly better and should remain stable with stock levels low.

The price, for now, is soft in both the U.S. and European markets due to weak demand.

The price is trending down because the domestic supply is on the rise.

The price of CoQ10 bulk powder continues to go down, with new factories appearing to meet increasing demand from the U.S. market, although potencies are decreasing somewhat.

The price of creatine monohydrate powder is gradually coming down for domestic producers of factories resuming production.

The product cost has not changed much, except for a decrease in price due to changes in currency value and freight costs.

Some factories have put production on hold because of low demand.

The cost of products is increasing, but the overall sales price is decreasing because of lower freight costs.

The cost of products is increasing, but the overall sales price is decreasing because of lower freight costs.

Fermentation-grade GABA has recently entered the market, and production is becoming more smooth; as a result, output has steadily increased, and the price has become soft but is expected to stay at current low levels through Q4 and into early 2023.

Prices are trending down because exports to Europe have decreased, and the output is mostly going to the U.S. market.

The product price is dropping due to freight costs and glycine prices.

The price of green coffee beans EXT powder has increased, but demand appears to be lower, leading to fierce competition in sales.

The market is slowly recovering and is expected to recover by early 2023 fully.

The price is gradually falling due to currency fluctuations and decreased demand.

The price of the starting material is currently firm in Europe.

Factories adjust their outputs and production lines because of high output and a large amount of stocked product, making for a low price.

The glutamic acid market has been soft since Q3, with prices dropping due to an oversupply of the product.

The market price for the L-Glutamine powder is stable, even though the sales price should be decreasing due to decreased freight costs.

Due to relatively stable supply and flat demand, this ingredient no longer has a significant market.

Price is low, and demand is decreasing.

Phenylalanine is produced more in response to low profits from other amino acids.

The L-Theanine bulk powder‘s price is expected to stay low for a few months due to intense competition between factories.

This year’s harvest has been good, and demand is rising simultaneously. The price usually stays the same. The same is true for all nutrients that are good for the eyes.

The cost is diminishing alongside sea cargo costs.

Rice maltodextrin: There may be a rice shortage in the coming months due to storms and an intense rainy season in India.

The melatonin powder‘s price is expected to stabilize in the next few months as factories adjust their production.

The Price of MSM is low due to adjustments in starting material production but is expected to increase between December and early next year.

The price is stable. Supply and demand are balanced.

Ocean freight costs are largely blamed for the low unit cost per kilogram (kg) and its downward trend.

The price of wheat has stabilized after being high due to concerns over a potential global food crisis.

The price of raw materials will increase because some factories have closed.

The price is anticipated to rise gradually from its current low due to increased costs for raw materials.

Production costs for raw materials, human labor, and energy have increased. The price is set and may rise slightly.

The price of the product itself hasn’t changed much. Due to changes in currency value and freight costs, the price is slightly lower.

The price ranges from soft to stable.

Due to lower freight costs, product costs are stable, and sales prices have fallen slightly.

The price of psyllium raw material has increased by 50% while the value of the U.S. Dollar (USD) vs. the Indian Rupee (INR) has increased, causing a decrease in demand for psyllium.

The price of Quercetin bulk powder was very high in the year’s first half, but it is now back to normal. This ingredient can be obtained directly from numerous factories.

This year’s climate has reduced the harvest’s size by about half. The price is currently stable due to decreased demand.

The factories say they are booked until February 2023 because of increased orders from Russia and India.

The cost of sodium hyaluronate decreases as the production scale increases.

Corn Starch: The Price of corn starch is rising because the U.S. Department of Agriculture has lowered expectations for global corn harvests, specifically outputs from the Black Sea Region.

Tapioca Starch: Tapioca is a grain crop grown in South Asia and has recently seen increased exports from Vietnam and Thailand.

Wheat Starch: The global Price of wheat is rising because U.S. output is low due to drought, Argentinian and Australian outputs are low, and Russia announced it was ending its deal with Ukraine concerning grain exports from Black Sea ports.

At this time of year, factories typically use the leaves to produce more potent grades (such as R.A. 98%-90%) rather than less potent grades (such as Total R 40%-50%) because this year’s total output and harvest quality are both better. As a result, higher rates (like S) are decreasing, while prices for lower grades have stayed the same.

Generally, prices are going down, possibly because of a fire in a factory that produces sucralose bulk powder.

The product price has not changed, but the currency’s value has changed, and the ocean freight cost has gone down.

Factories have raised prices due to a gas price increase and high demand from the feed industry in winter, but that may not last long as there is less demand than expected.

The price is currently at an all-time low. It could rise again during Christmas and Chinese New Year in late January.

The price is stable.

DSM has announced that it will raise prices, but it is unsure if this will reflect in the market. It is generally a good idea to stock up on vitamin B.

As a result of advancements in production technology over the past two years, the price has become more accessible.