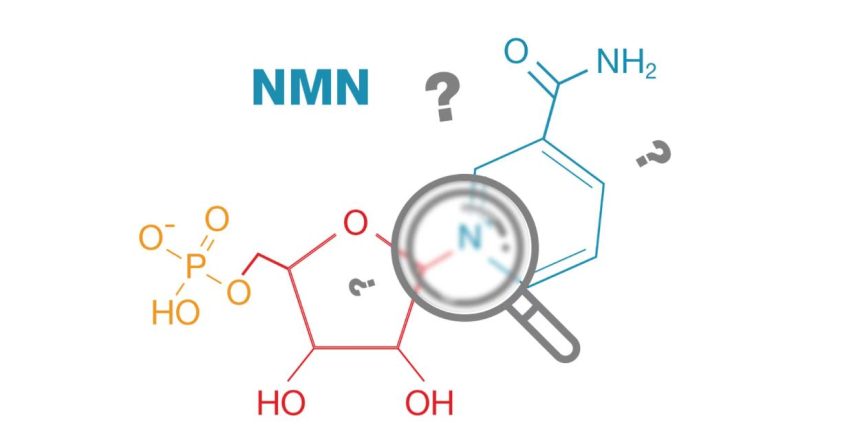 Recently, the Food and Drug Administration withdrew the new dietary supplement status of NMN or mononucleotide under the pharmaceutical industry pressure. The FDA released a statement stating that NMN bulk powder should not be offered as a supplement due to its position as a medication under investigation. The FDA has reversed its previous decision to allow its marketing as a new dietary supplement (NDI).

What Happened to NMN?

The FDA’s decision to prohibit its sale as a supplement may have been prompted by pharmaceutical companies’ investigation of NMN as a drug.

A company must submit a new dietary ingredient (NDI) notification to the FDA to label NMN as a supplement. The supplement label does not require the explicit approval of the FDA, but if the FDA raises objections, this may prevent the compound from being classified as a supplement.

Although NMN has been available for purchase in Asian nations like Japan since 2014, it is still new to the U.S. market. Numerous businesses have submitted NDI notifications over the past two years, to which the FDA objected because there was not enough evidence to support the safety of NMN.

New safety studies on NMN may have eased the FDA’s concerns in 2021 and 2022. As a result, the FDA accepted the Chinese company SyncoZymes’ NDI notification without raising any objections in May 2022.

However, the FDA recently changed its mind about granting NMN an NDI in response to an NDI notification from Inner Mongolia Kingdomway. They officially state that NMN cannot be marketed as a supplement because it is already being investigated as a drug.

This FDA decision was based on the DHSEA provision. According to DHSEA, provision dietary supplements cannot contain ingredients that are “approved for investigation as a new drug for which significant clinical examination has to begin and for which such investigations have been made public.”

What Happened After the FDA Replied to Jindawei?

Why does FDA Think NMN cannot be used as a dietary supplement?

Shangke Bio stated on November 23 that the company received a notice from the US FDA on November 4 to withdraw the NMN NDI 1247 new diet. The FDA believes that a biological company first applied for NMN as a new drug for clinical research, not based on the safety of NMN raw materials. In contrast, there is no issue with NMN’s security.

In May 2022, the NMN ingredient (NDI 1247) of SyncoZymes was officially approved, making it possible to use NMN in the U.S. as a dietary supplement.

On October 11, in response to Inner Mongolia Kindomway Pharmaceutical Limited (Kingdomway)’s submitted notification, FDA stated that NMN does not meet the definition of a dietary supplement and cannot be marketed.

And on November 4, SyncoZymes (Shanghai) Co., Ltd. received notification that the FDA had withdrawn NDI.

The fairness and transparency of FDA supervision have been questioned.

Foreign media believe that the FDA is trying to find ways to benefit pharmaceutical companies, and this move may make the dietary supplement industry even more suspicious. It thinks that the FDA’s interpretation of the legal provisions is extremely narrow, whether it concerns scientifically proven products like NMN or the drug exclusion clause in the DSHEA mentioned earlier.

Another type of “market competition” has emerged as a result of the DSHEA’s provisions, as previously mentioned: the accommodation of new medication applications by drug organizations as indicated by the right date significantly impacts the selectiveness representing things to come market.

According to Ivan Wasserman, a partner at the American law firm Amin Talati Wasserman, this latest move by the FDA complicates NDI certification. Companies involved in various crucial ingredients face serious consequences due to the FDA’s firm stance on drug exclusion.

Also, Ivan Wasserman said that fundamental fairness issues arise because the FDA relies on this date to invoke the exclusion clause, even though it cannot disclose the date on which the NMN IND was approved.

The dietary supplement and functional foods industry trade association, the Council on Responsible Nutrition (CRN), also responded, expressing dissatisfaction with the decision. There is currently a wide range of NMN products in the United States, and the FDA has not previously expressed opposition to using NMN in dietary supplements.

What Has NMN Experienced From Pharmaceuticals to Dietary Supplements?

In 2013, The substance known as “NMN,” a precursor to NAD+, was first discovered by Harvard Medical School, Professor David Sinclair. Later, several scientific research institutions, including Baylor College of Medicine in Houston, Keio University in Japan, Fudan University in Shanghai, and others, confirmed NMN’s anti-aging potential.

In 2014, NMN began to be sold in the Japanese market. The NMN market has continued to gain popularity over the past years thanks to the extensive publicity of Professor David Sinclair and the backing of data from scientific research.

Between the summer of 2020 and the spring of 2022, the US FDA received five notifications from NMNs to apply for NDI and only one company was accepted. Shangke Biotech’s NMN raw material received the US FDA NDI identity certification in May 2022 and can now legally be sold in the U.S. market.

Just half a year remains until approval! In response to an NDI notification from another company in November 2022, the FDA stated that NMN could not be sold as a dietary supplement in the United States.

The game between supplement manufacturers and pharmaceutical companies.

The game of NMN drug identity can be dated as early as 2021.

On December 1, 2021, Metro Biotech wrote to the U.S. FDA. Its general content is that the companies independently developed MIB-626, an “NMN-derived molecule” that has been approved as a new drug and has entered the clinical stage. They are hoping that FDA will take the exclusions of the Federal Food, Drug, and Cosmetic Act seriously, removing NMN products that are sold as dietary supplements. Therefore, this will protect the rights of the companies that spend time and resources developing drugs.

Metro Biotech sent the letter to the US FDA less than a year ago. The FDA has recently outlawed the sale of NMN as a dietary supplement in the United States market. Interestingly, this pharmaceutical company is conducting NMN drugs’ phase II clinical trials simultaneously.

Will the FDA’s stance on NMN be followed?

NMN is restricted from being sold as a dietary enhancement in the U.S., and it is obscure whether the FDA will uphold this “rule.”

In the United States, NMN-containing supplements are currently being removed from shelves, and it is unknown whether the FDA will decide to implement its ruling. CRN, an industry association, and manufacturers of NMN supplements might keep putting pressure on the FDA to use its discretion regarding enforcement.

Pilot Bio also stated that, like NAC, NMN has the potential to be evaluated by the FDA as a discretionary law enforcement power due to its long history of consumption in the United States and the requirements of a large number of consumers. It will continue to sell legally as a dietary supplement in the United States.

How Do Domestic Businesses Perceive the “NMN Incident?”

According to Effobiology, the US FDA’s stance on NMN does not imply that the product is harmful or useless. On the contrary, using NMN in human clinical research indirectly demonstrates the product’s safety and efficacy.

Thus far, the U.S. FDA has not produced a public document excluding NMN from dietary supplements and is still requesting additional input and information from the industry. Furthermore, the company’s NMN business is regularly working, and NMN products are still available on Amazon in the United States.

Pilot Bio also told Zhitiqiao that if NMN couldn’t be used as a dietary supplement but could be used as a food ingredient and added. The total impact on the NMN business won’t be significant to regular food. This episode also shows the desire of some firms in the United States to employ NMN as a patented drug to gain a market monopoly.

China remains the primary user of NMN. Suppose NMN cannot be used as a dietary supplement. In that case, it can still be manufactured in the United States as another product category and sold across the border in other countries but not in the United States.

In addition, another NMN raw material supplier told Zhitiqiao that the FDA notification is only for NMN dietary supplement products produced and marketed in the United States and will not affect NMN production or sales in other countries. All other markets are experiencing regular sales.

The FDA’s action this time demonstrates that the industry is paying more attention to NMN, and its safety is recognized.

How Will the NMN Enterprise Develop In The Future?

Eve Bio stated that it would continue to invest in scientific research, regulatory compliance, and market applications.

In terms of scientific research, the firm has continuously and will continue to invest in anti-aging research.

In terms of efficacy application research, several human clinical trials are now underway, with meaningful results expected in the next 1-2 years.

In terms of regulations, Eve has earned the U.S. NDI number. Furthermore, it will actively advocate the application of legislation in important countries worldwide.

Pilot Bio is a corporation that is driven by scientific and technological advancement. Synthetic biology is the key technology, and it is used to develop raw materials, new food raw materials, feed additives, and plant protection raw materials.

The company uses the entire enzymatic technique to generate NNM with a purity greater than 99.5%.

The NMN Incident is a preliminary result of a game between pharmaceutical companies, the dietary supplement industry, and the FDA.

The FDA has not yet decided if NMN can be used as a dietary supplement, but both companies involved will continue communicating with the FDA to figure it out.

Domestic manufacturers will lose the dietary supplement market if NMN is classified as a drug but still have other opportunities.

The State Food and Drug Administration has passed the NMN of three companies for the record as a cosmetic raw material, which means that NMN can enter the cosmetics market.