Aconitine: A Diterpenoid for Antipyretic and Analgesic Benefits 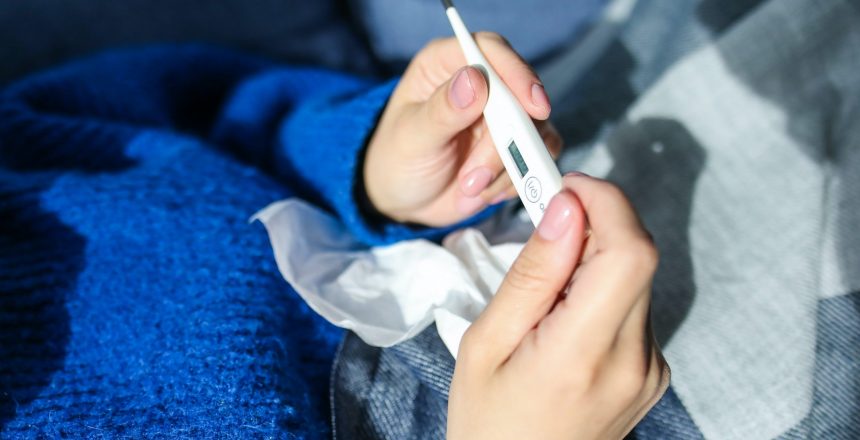 Aconitine is a compound found inaherb that was traditionally used in ancient Chinese medicine as an antipyretic and an analgesic. It is also claimed to have certain effects in interfering with neurotransmitter release, as well as in providing anti-inflammatory benefits. There are, however, warnings as to excessive use of the compound as it is a known neurotoxin and cardiotoxic agent.

Aconitine is a diterpenoid that is produced from the Aconitum plant. It is considered a toxic alkaloid that was used in ancient times in poisoned arrows for hunting and warfare. The compound is considered a voltage-gated sodium channels activator which may be useful for health in relatively low doses.

The structure of Aconitine is described as a diterpenoid that is 20-ethyl-3alpha,13,15alpha-trihydroxy-1alpha,6alpha,16beta-trimethoxy-4-(methoxymethyl)aconitane-8,14alpha-diol having acetate and benzoate groups at the 8- and 14-positions, respectively. The compound is also referred to as Acetylbenzoylaconine, Aconitie, Aconitum plant, devil’s helmet, and monkshood.

The CAS number of Aconitine is 302-27-2. Its molecular formula is C34H47NO11 and its molecular weight is 645.74 g/mol. The compound has a white to off-white powder appearance and is mostly soluble in ethanol. It is described as almost insoluble in water.

Yunnan Baiyao is a proprietary traditional Chinese medicine for various pathological conditions among humans and animals. It is believed to be useful to prevent perioperative bleeding and other hemorrhagic conditions. Yunnan Baiyao was developed as early as 1902 and was patented in recent years.

Sometime in 2013, it was found that Yunnan Baiyao contains relative amounts of Aconitum Alkaloids. This had led to the withdrawal of the product in some regions of Macau and Hongkong. However, it is believed that the Aconitine in relatively low doses may be helpful for individual health.

Aconite, also known as Aconitum, is a plant species that contain toxic alkaloids including Aconitine. Hence, there are no comparative differences between Aconitine and Aconite as the former refers to the constituent compound while the latter refers to the plant source.

Lycoctonine is another toxic compound primarily isolated from Aconitum lycoctonum.  It is a precursor to the ABC ring system of toxoids. Aconitine is a Lycoctonine-type alkaloid. Thus, the said compounds may be distinguished in that Lycoctonine covers a wide range of compounds which include Aconitine.

Aconitine may be obtained from various plant sources. However, the compound is most prevalent in Aconitum napellus or dried tuberous roots of aconite or monkshood (Aconitum napellus L. and Ranunculaceae). The compound may also be found in aconite root extract.

One method for obtaining Aconitine from plant sources is through the process of crude extraction, followed by the refining process. The crude extraction procedure is initiated by cleaning the plant source with water, followed by drying and crushing the same. The crushed product is thereafter placed into an extraction pot and soaked with a slightly alkaline water solution. The resulting solution is then collected to obtain a concentrated product. An organic solvent is then added, thus obtaining crude Aconitine. The refining process immediately follows with the adoption of a supercritical carbon dioxide extraction process.

The biosynthesis of Aconitine in monkshood plants is through the terpenoid biosynthesis pathway (MEP chloroplast pathway). When taken orally, the compound is metabolized by cytochrome P450 isozymes (CYPs).

The product may be purchased from Nutriavenue in bulk quantities or lesser quantities. When bought in bulk, the product is packed in paper drums with two layers of poly bags inside. Each drum contains a net weight of 25 kilograms. Depending on your preference and the number of products you purchase, packaging may be modified.

The compound is known to be both cardiotoxic and neurotoxic. It has been found that Aconitine induces arrhythmia and may cause hypotension and bradycardia.

Aconitine poisoning is initially manifested by gastrointestinal symptoms such as burning sensation in the stomach and numbness. Thereafter, severe vomiting occurs, followed by muscle weakness steady failing of pulse and respiration.

Aconitine poisoning may be prevented with the introduction of the antidote in the early stages of the poisoning. Atropine and digitalis or strophanthin are usually injected subcutaneously and the stomach is emptied through a tube or a non-depressant emetic.

Essentially, Aconitine works by activating voltage-sensitive sodium channels of cell membranes of excitable tissues. These include cardiac tissues, muscles, and nerves. While this action results in some benefits associated with Aconitine use, it also results in persistent activation of sodium channels which, in turn, results in arrhythmia induction due to disorderly depolarization. The compound also activates the ventromedial nucleus of the hypothalamus which results in hypotension and bradycardia. Hence, there is a need to take the compound only in very low doses or as per the recommendation of a physician.

Aconitine may be used in several ways for better health. These include the following:

It may be used as an antipyretic

One of the most well-known benefits of using plant sources for Aconitine is that they may help treat fevers. The compound may not, however, replace fast-acting antipyretic medications which are medically formulated for the said purpose.

It works as an analgesic

The compound is also believed to possess anti-inflammatory and analgesic effects. Thus, it may be used to reduce pain sensation and provide comfort.

It works as an antispasmodic

The mechanism of action of the compound is also believed to contribute to the effective control of involuntary muscle spasms. Hence, it may be used as an antispasmodic in relatively low doses.

Aconitine is a toxic compound. Hence, it may cause several potential side effects such as bradycardia, hypotension, and paralysis when used in high doses.

The recommended dose for Aconitine use should be determined by a physician based on the individual user’s age, weight, and overall physical condition. Pregnant and lactating women, as well as those who are diagnosed with certain medical conditions, are not advised to take the compound unless recommended by their physicians.

Where to buy bulk Aconitine powder?

High quality and affordable Aconitine powder may be purchased in bulk quantities or lesser quantities from Nutriavenue, a well-known legitimate online supplier of ingredients for dietary supplement product formulations and research purposes.

Our company is registered with the Food and Drug Administration as an ingredient supplier and is recognized by Halal, Kosher, and GMP. We also offer shipping services through air, sea, or couriers like UPS and FedEx.

For more details on our products and services, you may visit our website and contact our technical support staff.