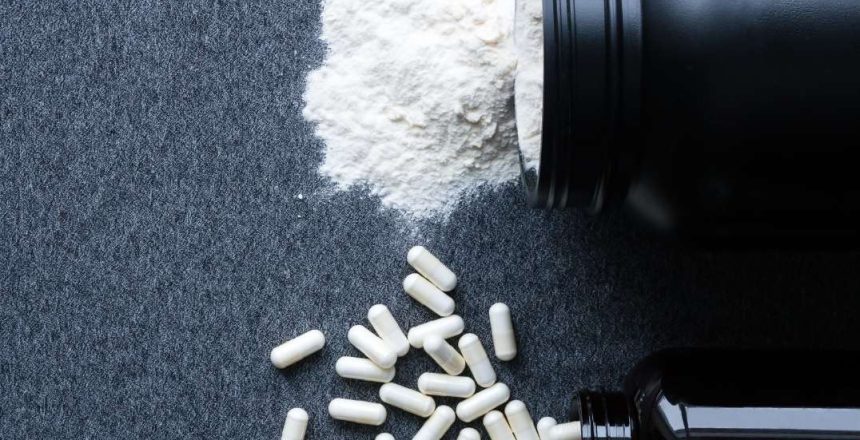 Creatine is synthesized from three amino acids. They are arginine, glycine, and methionine. The body can synthesize creatine by itself, and it can also get it from food.

The benefits of creatine bulk powder are numerous. Not only does it provide quick energy, but it also increases strength, builds muscle, and speeds recovery from fatigue. The more creatine is stored in the body, the more energy it can supply to the body. Fatigue recovery will also speed up, and exercise energy will become stronger.

Types of Creatine Powder on the Market

Currently, the market’s common creatine bulk powder is as below:

In 2020, the consumption share of creatine 200 mesh was 55.06%, and it is widely used in many industries. For example, creatine bulk powder can be used as a nutritional fortifier, food additive, pharmaceutical raw material, and health care product additive. Creatine powder can also be directly made into capsules, tablets, etc., for convenient oral administration. In addition, creatine can also be used as cosmetic surfactants, feed additives, and creatine derivatives.

Major global producers of creatine bulk powder include AlzChem, Shanghai Baosui Chemical Co., Ltd., Inner Mongolia Chengxin Yongan Chemical Co., Ltd., etc. These three major producers account for about 64% of the creatine bulk powder market. China is the world’s leading producer, with a market share of 67%, followed by Europe. Global sales of creatine increased from 35,358 tons in 2016 to 41,549 tons in 2021, with an average growth rate of 2.29%. Creatine manufacturers mainly include the following:

The company is located in Taisha Industrial Park, Ping Luo County, Ningxia, and is one of the 40 large-scale industrial backbone enterprises in the Ningxia Hui Autonomous Region.

Inner Mongolia Chengxin Yongan Chemical Co., Ltd. was established in 2012. The company business scope includes the production and sales of licensed business items, such as sodium cyanide and hydroxyacetonitrile; as well as the production, operation and management of general business items, such as fine chemicals, including sodium thiocyanate, yellow blood salt sodium, and yellow blood salt potassium.

The company is a scientific and technological enterprise integrating R&D, production and sales of guanidine salt intermediates, pharmaceutical raw materials, nutritional food additives, feed additives and other products. The company adopts advanced German-imported equipment and process technology and takes the GMP quality management system as the standard to ensure it provides customers with high-quality products and services.

Has now formed an annual output of 20,000 tons of metformin hydrochloride pharmaceutical raw materials, 5,000 tons of creatine, 5,000 tons of GAA, 1,500 tons of BBA and so on. The products sell well in many different countries and regions, such as Europe and the United States.

How is the Creatine Market Demand Distributed?

Currently, China’s creatine is mainly exported to foreign markets as the primary product. Relatively speaking, the foreign creatine market is relatively mature, and the Chinese market consumption is still in the development stage. With the growing demand for creatine bulk powder in the downstream application fields, the creatine market will come in a period of rapid development. China’s creatine supply and demand market will continue to grow.

Pay Attention to the Trend in Creatine Price

With the expansion of global demand, China’s production capacity has gradually expanded. In addition, because the price of upstream raw materials has declined, the cost of the creatine industry has shown a relatively obvious downward trend since 2017. However, in 2021, because the demand for creatine bulk powder in the downstream market has soared and the price of raw materials has risen, the market price of creatine rebounded rapidly, reaching RMB 41,200 per ton.

According to data, in 2016, the market size of creatine bulk powder in China was RMB 190 million. In 2020, the industry scale was RMB 252 million. In 2021, driven by rising prices and growing demand, the Chinese market grew to RMB 322 million. And so far, China’s creatine market has reached RMB 607 million.

How Will the Creatine Market Develop in the Future?

The major markets for global creatine supplements are primarily:

North America and Europe account for a large portion of the market for creatine monohydrate powder, with high creatine utilization, due to the apparent interest in functional foods, dietary renewal, and therapeutic foods. And from the perspective of consumption, North America, China, and Europe are leading the market due to advanced production technology and rapid economic development.

According to the survey results, nutraceuticals are the main consumer products in the creatine market. The market share in 2020 is about 75%.

In particular, the popularity of sports nutrition products has promoted the rise of the global creatine monohydrate powder market, and people have paid more attention to their own health problems and the help of exercise to the body. Plus, creatine has long been recognized by both the scientific community and trained athletes as a product that increases strength and muscle size. It is one of the most important drivers of creatine monohydrate, and athletes are at the heart of this market. All of these reasons help more people believe in the power of creatine monohydrate products.

From the perspective of consumer demand in the North American market, creatine monohydrate powder 200 mesh has gained more love from brand owners. As the economy grows, the sports nutrition industry will need more creatine.

In 2021, the market size of creatine in China’s medicine, food, and health products was RMB 193 million, and the scale of other fields, such as feed and chemicals, was RMB 129 million. The Asia-Pacific region is expected to be the world’s largest consumer of food and beverages by 2030.

Hence, the growth of the food and beverage industry in the Asia Pacific will boost the demand for creatine bulk powder products. Especially China, India, and other countries with large populations and growing disposable income. The rapid growth in the use of creatine in food-related industries is also due to the quality benefits of creatine, including aids in digestion, mental health, hearing ability, and maintaining youthful skin.

The makeup and skincare industry is trendy.

Because creatine monohydrate enhances cell signaling, cosmetic products containing creatine monohydrate in tropical environments can provide anti-aging benefits for the skin. There are also creatine compounds that also have the effect of skin firming, pore refinement, and even skin tone. On the other hand, with the increasing purchasing power of the middle-class population in the Asia Pacific, the Middle East, and Africa, the demand for creatine in the cosmetic and personal care industry is expected to skyrocket.

What is the Impact of the Global Environment on the Creatine Market?

Excessive use of creatine can cause side effects such as stomach problems and kidney failure, limiting the creatine market.

The food industry is clearly affected by the global COVID-19 pandemic, and industry development will be limited. It will also have a partial impact on the creatine bulk powder market.

Does China have New Support for the Sports Nutrition Industry?

With the issuance of a series of related documents, such as the State Council’s Opinions on Implementing the Healthy China Action and the Healthy China Action (2019-2030), the disease management and health service model integrating medicine and body is advancing at full speed. The combination of medicine and body has become a new trend of cross-integration of the big health industry and the big sports industry, and will also give birth to a new form of China’s sports nutrition industry. China’s sports nutrition industry is expected to break through the original industrial boundaries and integrate with more big health fields. So as to better go to the public and serve the public.

With the improvement of living standards of Chinese residents, the market demand for sports nutrition products is relatively huge, and a large number of people need to consume sports supplements to improve their sports performance or improve their physical condition. In the early stage, sports nutrition supplements had a single function and were limited to energy supplementation. The refinement of product functions will definitely cultivate and guide the healthy development of the consumer market, which will promote the development of the creatine industry and provide huge opportunities for the development of the industry chain.