Dehydrozingerone from Ginger Root Extract, An Analogue of Curcumin, for Weight Loss 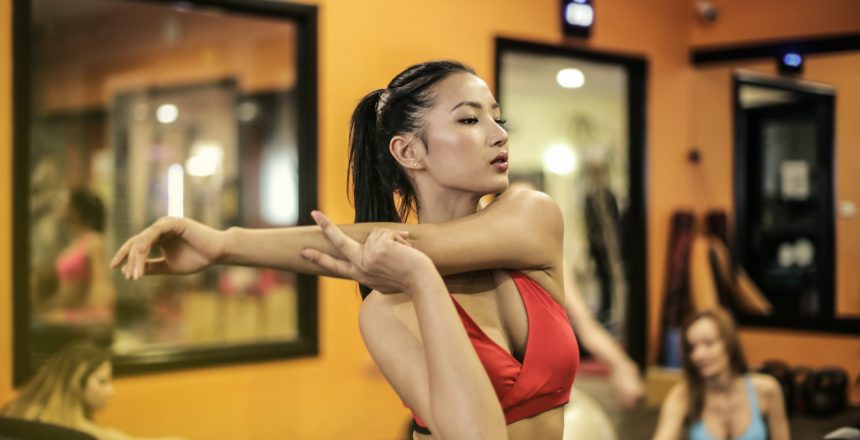 Dehydrozingerone is a natural ingredient that is an important component of many supplements indicated for weight loss. The compound is believed to help improve metabolic function and even enhance glucose uptake, resulting in effective blood sugar control among patients who are diagnosed with diabetes.

Dehydrozingerone is a hydroxycinnamic acid compound that has an almost identical chemical structure to that of curcumin. It is described as a pungent constituent of ginger (Zingiber officinale) and belongs to the vanillyl ketone class. Some researchers say that the compound is an almost forgotten powerful weight loss ingredient as many studies suggest that the compounds 6-gingerol and 6-shogaol are responsible for the fat loss effects associated with ginger. Recent researches show, however, that Dehydrozingerone in ginger is primarily effective for weight loss.

Also known as DZG, Zinjaburn, Zingiber officinale extract, ginger root extract, feruloylmethane, and vanillylidene acetone, the compound Dehydrozingerone is believed to be as effective as curcumin. The molecular formula of the compound is C11H12O3 and it is identified as having a CAS number is 1080-12-2. Its molecular weight is 192.21 g/mol.

The compound has a yellowish, needle-like crystals appearance and has a sweet warm, and tenacious odor. It is slightly soluble in water and moderately soluble in ethanol.

The compound Dehydrozingerone can be obtained from food sources including ginger (Zingiber officinale) rhizomes. It may also be produced synthetically under advanced laboratory procedures.

Three main beneficial phenols are found in ginger. These are gingerol, shogaol, and zingerone. While each of the said compounds is believed to contribute to health, they differ in terms of efficiency and purpose.

While Gingerol is the most popular of the said ginger root compounds, Shogaol and Zingerone are currently gaining popularity as they are found to be quite effective for various conditions. Zingerone is especially of interest in the modern-day medical field as it is claimed to be as effective as curcumin.

Dehydrozingerone 98% powder is the most common form of the compound which is used in the formulation of various dietary supplement products. It is available for purchase from ingredient suppliers like our company, Nutriavenue.

We offer high-quality Dehydrozingerone powder in bulk or lesser quantities. For bulk purchases of up to 25 kilograms or more, we usually pack the product in paper drums with two layers of poly bags inside. However, customers may also request a different packaging material depending on their individual needs and preferences.

Dehydrozingerone is essentially a structural analog of curcumin. However, these products differ in terms of identifiers and other descriptions. The CAS number and molecular formula of Dehydrozingerone are 1080-12-2 and C11H12O3, respectively while that Curcumin are 458-37-7 and C21H20O6, respectively.

With all the benefits associated with Dehydrozingerone, its use is more advantageous than Curcumin.

The primary metabolic function of Dehydrozingerone revolves around its ability to stimulate AMP-activated protein kinase (AMPK) activity. AMPK is one essential component of metabolism. It works in cellular signaling patterns for metabolism, as well as in cellular energy intake. According to researches, by stimulating AMPK activity, Dehydrozingerone may promote effective metabolism and energy usage in body cells. This results in weight loss and the prevention of exhaustion during workouts.

Researches also show that the compound may help regulate glucose uptake through the AMPK activity stimulation.

The following are among the health benefits of using Dehydrozingerone supplements:

Dehydrozingerone effectively promotes weight loss safely and effectively by activating certain physiologic pathways involved in metabolism. It is very useful among obese individuals, as well as those who are intending to lose weight for other purposes.

Based on modern researches, Dehydrozingerone supplementation may also improve blood sugar regulation and prevent rapid changes in serum glucose levels. This may suggest that the compound may be beneficial among diabetic patients and those who are at risk for developing hyperglycemia.

It is a powerful antioxidant

The compound is also believed to be a powerful antioxidant that works in the elimination of unhealthy chemicals in the body. In one study, it was found that it may be useful in scavenging toxins obtained from processed foods and oils.

It has anti-inflammatory properties

Dehydrozingerone is also found to possess anti-inflammatory properties. Thus, it may be useful for various inflammatory conditions involving several organ systems in the human body.

It has anti-proliferative effects

Various health experts are also conducting confirmatory researches following findings that the compound Dehydrozingerone may also possess anti-proliferative effects against unhealthy cell growths. This may be suggestive of the potential effects of the compound against cancer cell growth.

Taking Dehydrozingerone is also believed to be useful in enhancing overall mood and mental health. This is because it has certain effects in enhancing the production of mood-associated neurotransmitters in the brain. It is also claimed to improve overall cognitive functions.

Despite its widespread health benefits, Dehydrozingerone remains to be a novel ingredient in the dietary supplement production field. However, with the establishment of foundational medical researches supporting the health benefits associated with the use of the compound, many manufacturers now use the product as their prime ingredient for effective weight loss.

If you want to know more about the product and its use in the dietary supplement field, you may contact our sales representative at Nutriavenue.

The majority of users do not usually experience side effects with Dehydrozingerone supplementation. However, some may experience mild side effects such as headaches and gastrointestinal symptoms following the use of the compound. These symptoms are expected to immediately disappear.

The suggested daily dose for Dehydrozingerone supplementation is 400-600 mg, taken twice. Nonetheless, physicians may recommend a different dose depending on the individual user’s weight, age, and overall physical condition.

Where to buy bulk Dehydrozingerone powder?

Nutriavenue, an FDA-registered ingredient supplier, offers Dehydrozingerone, along with other ingredients, at very affordable prices. We offer the products in bulk purchases or purchases in lesser quantities.

Our company is your best choice for all your ingredient supply needs as we are recognized by entities like Halal, Kosher, and GMP. We also offer shipping services through the air, sea our couriers like UPS and FedEx.

Should you have any questions about our products and services, you may freely contact our technical support staff.

Click Here
PrevPreviousAshwagandha: An Emerging Ayurvedic Medicine for Anxiety and Stress
NextL-ergothioneine: Active ingredient from Mushroom for Longevity and Anti-Aging BenefitsNext
On Key