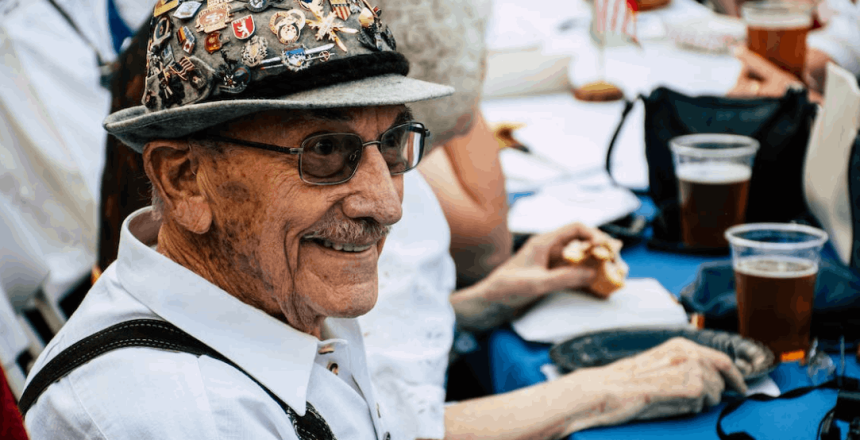 Multivitamins Are A Very Easy-to-Understand Concept.

The concept can be explained as in all fast food or those less-than-perfect family meals; complex foods can fill nutritional gaps in the diet. Even farmers are known to provide their animals with a variety of foods. One meal a day is as Americanized as apple pie. That’s why 58 percent of Americans consume a variety of foods, according to the Council for Responsible Nutrition.

Dr. Andrea Wong, who is a senior vice president of scientific and regulatory affairs at CRN, said: “This study adds to the evidence for the diverse roles of multivitamins in health. Research has established that multivitamins can help fill nutritional gaps. Beyond that, a large-scale clinical trial, the Physician’s Health Study II, showed that older male physicians taking multivitamins every day had an 8% lower overall cancer risk and a significantly lower risk of cataracts. The COSMOS-Mind study provided evidence that daily intake of multivitamins Incorporating multivitamins may benefit cognitive function in older men and women. With further research, the full potential of multivitamins to protect and enhance health could be realized.”

What is the COSMOS-Mind Study? The COSMOS-Mind study is published in the Journal of Alzheimer’s Disease and Dementia. And it is funded by the National Institute on Aging of the National Institutes of Health. At the same time, the study is also an adjunct to the Brigham and Women’s Hospital-led COSMOS trial. The trial was randomized to 21,442 men and women. And they took a cocoa extract supplement or a multivitamin-mineral supplement every day for three years. Then, the trial looks at whether a cocoa extract supplement or a multivitamin-mineral supplement reduced the risk of the following situations:

In the COSMOS-Mind Study, researchers looked at cognition in people aged 65 and older: their memory and other cognitive abilities. The test tasks include the following aspects:

Compared to placebo, participants using the multivitamin experienced a statistically significant benefit in global cognition. After three years of supplementation, the multivitamin appeared to slow aging by 1.8 years, or 60 percent.

The most obvious effect is in participants with a history of cardiovascular disease. Multiple benefits of memory and executive function were also observed – mental skills including working memory, flexible thinking, and simultaneous multitasking.

The study also found that cocoa extract had no cognitive benefits.

“Identifying a safe, affordable, and easy-to-use intervention to protect cognitive function from a decline in older adults is an urgent public health priority,” said Wake Forest University School of Medicine researchers. And they also expressed that cognition significantly benefited from three years of daily multivitamin-mineral use.

The results showed that the multiple benefits were more pronounced in older adults with cardiovascular disease — who had lower baseline cognitive abilities compared to those without pre-existing heart problems. This is important because people with heart disease have an increased risk of cognitive impairment and decline.

The researchers noted that patients with heart disease had higher rates of vitamin C, vitamin D, and K deficiency, as well as selenium and that certain medications reduce the absorption and bioavailability of vitamin B12.

Duffy MacKay, vice president of dietary supplements at the Consumer Healthcare Products Association (CHPA), said: “The promising results of this clinical trial demonstrate for the first time that dietary supplements can be effective in helping older consumers protect and improve cognitive performance. On behalf of the Over-the-Counter Medicines and Supplements Manufacturer’s group. “Although there is no proven and exact way to prevent or treat cognitive decline, we know that science is evolving, and this research is a step toward enhancing the beneficial effects of safe, accessible, and affordable dietary supplements. As a step forward, this supplement can be used to optimize health through self-care.”

Other studies support these results. For example, a large clinical trial, the Physicians’ Health Study II, showed that older male physicians, who probably are the most well-nourished of all populations, had an 8% lower overall cancer risk. Meanwhile, they took a daily multivitamin as a risk factor for cataracts which is significantly reduced.

What Is The Potential of B Vitamins?

Especially, for The Treatment of Advanced Nonalcoholic Fatty Liver Disease.

Scientists at the Duke-NUS Medical School in Singapore have discovered a mechanism that contributes to advanced fatty liver disease. And it is a fact that a process of vitamin B12 and folic acid supplements has proven to reverse.

The findings could help people with nonalcoholic fatty liver disease, an umbrella term for a cluster of liver diseases that affects people who barely drink alcohol, affecting 25% of adults globally and four in 10 adults in Singapore.

Nonalcoholic fatty liver disease involves the accumulation of fat in the liver and is the leading cause of liver transplantation around the world. This disease’s high prevalence is due to its association with diabetes and obesity. As we all know, diabetes and obesity are two major public health problems in Singapore and other industrialized countries. When the diseases progress to inflammation and scar tissue formation, it is called nonalcoholic steatohepatitis (NASH).

The study’s first author, Madhulika Tripathi, said, “Although fat deposition in the liver is reversible in the early stages, its progression to NASH can lead to liver dysfunction, cirrhosis, and an increased risk of liver cancer.”

Currently, there is no drug treatment for NASH because scientists do not understand the mechanism of the disease. Although scientists knew that NASH was associated with elevated blood levels of an amino acid called homocysteine, they still didn’t know what role, if any, it played in the development of the disease.

Dr. Tripathi, Dr. Brijesh Singh, the study co-author, and other colleagues in Singapore, India, China, and the United States demonstrated the association of homocysteine ​​with NASH progression in preclinical models and in humans. They also found that as homocysteine ​​levels rise in the liver, the amino acid attaches to various liver proteins, changing their structure and hindering their function. In particular, when homocysteine ​​binds to a protein called synapsin 17, it prevents the protein from performing its role in fatty acid metabolism to transport and digest fat. In other words, it can be called autophagy, a process by which cells remove misshapen proteins or fundamental cellular processes of damaged organelles. Mitochondrial turnover and inflammation prevention induce the development and progression of fatty liver disease to NASH.

Singh was glad to say, “Our findings are both exciting and important.” The reason is that they show that a relatively inexpensive therapy. Both vitamin B12 and folic acid could be used to prevent or delay the progression of NASH. Furthermore, serum and liver homocysteine ​​levels can serve as biomarkers of NASH severity.

Homocysteine ​​may also affect other liver proteins, and finding them out is a future direction for the team. Researchers hope that further research will lead to the development of anti-NASH therapies.

Professor Paul M. Yen, Director of the Hormone Regulation Laboratory of the Cardiovascular and Metabolic Diseases Program at Duke-NUS and senior author of the study, said: “The potential for vitamin B12 and folic acid use is high, and they have a high safety profile. And is designated by the United States Food and Drug Administration as a dietary supplement. As first-line therapy for the prevention and treatment of NASH, both in developed and developing countries, with substantial cost savings and reduced health burdens of NASH.”

The answer is yes!

New scientific findings may offer hope and a natural solution for those suffering from leg crawling, pulling, throbbing, pain, and itching sensations that often lead to disrupted sleep and an uncontrollable urge to move. Restless legs syndrome (RLS) affects nearly 10% of the U.S. population and can lead to other health problems. A new study finds that Pycnogenol French maritime pine bark extract can significantly relieve and prevent symptoms associated with RLS.

“RLS is often missed or overlooked in diagnosis, but it is a real health condition that is often rooted in microcirculation. Many patients feel helpless and unheard of because the symptoms seem exaggerated or imagined. It’s not in you in your head, but in your legs, and this research shows you can take steps to use a powerful natural ingredient that may help you feel better,” author and renowned naturalist Dr. Fred Pescatore Say.

According to the company, frustrating symptoms can start and worsen at any age. Most people with this condition experience crawling, pulling, and throbbing after sitting or lying down for long periods of time, such as sleeping or sitting at a desk. Moving the leg usually relieves the discomfort temporarily, but the sensation returns after the movement stop. People with RLS may also suffer from poor sleep quality, fatigue, and elevated stress levels, which can affect other aspects of daily life.

The study, published in Panminerva Medica, tested 45 subjects with RLS. Twenty-one subjects were supplemented with 150 mg of Pycnogenol per day, while another 24 subjects in the control group followed standard management procedures. After 4 weeks, issues in the Pycnogenol group showed significant improvement in all prominent symptoms of RLS, including:

Studies have shown that up to 22% of RLS patients also have venous insufficiency. While further research is needed to determine the relationship between RLS and edema, this study found that 81% of subjects in the Pycnogenol group improved their mild edema status.

In addition, the need for pain management was significantly reduced in the Pycnogenol group after four weeks.

“Even when RLS is correctly diagnosed, medications for the condition include drugs that increase dopamine in the brain, which can lead to side effects such as nausea and drowsiness. Opioids or narcotics can be used to relieve more severe symptoms and can be addictive,’ said Pescatore.

“Pycnogenol is an all-natural solution. Decades of research and global market availability have shown that this circulation enhancer is safe and effective and is considered an ingredient at the forefront of naturally improving circulation. This study now specifically shows its effect on symptoms related to RLS,” concludes Pescatore.

Nutri Avenue offers these supplements, which are all mentioned above, such as B Vitamins, Vitamin A, etc. And there are also various ingredients you can choose for different benefits, just like:

In the meantime, it has to say that our main products are PQQ(NutriPQQ®), Epicatechin(Epicatelean®), Alpha-GPC, Phosphatidylserine(PS), and L-Methyfolate (5-MTHF Ca). All products we offer are recognized by entities like Kosher, Halal, and GMP. Contact us and say what you want. Our team will help you to meet your demand maximally.