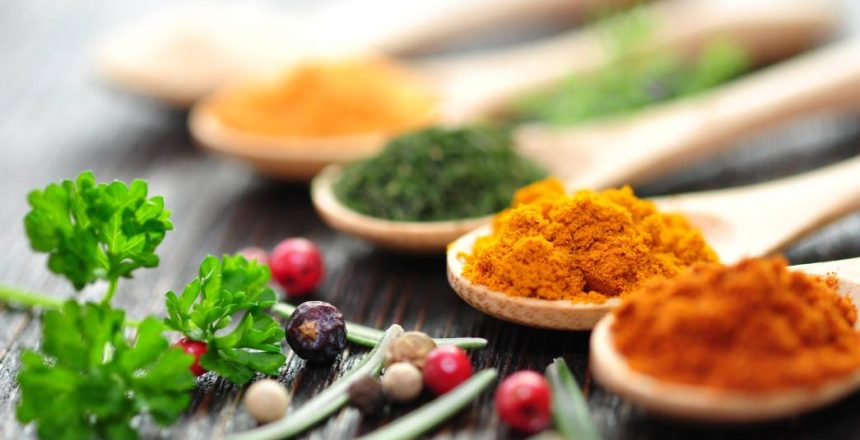 This public opinion has even indirectly shaken the 100 billion market value of the “soy sauce tycoon” Haitian Flavor Industry.

Humans have used food additives for thousands of years, such as table salt. Table salt is a preservative that preserves food without causing it to spoil. Eastern Han Dynasty used magnesium chloride to solidify tofu.

The modern era criticized Alum for exceeding the aluminum standard when added it to the Song people’s recipe for fried dough sticks about 900 years later.

In 1500 BC, Egyptian candy was made with pigments; in the 4th century BC, the wine’s red color was mostly changed by hand; regarding chemically produced food additives, the British extracted aniline violet, a dye pigment, from coal tar in the 19th century.

Over the next one hundred years, food additives started to take over the global food industry.

In China Market was initially limited to a few basic ingredients like monosodium glutamate, yeast enzymes, xylitol and citric acid. After the 1980s, food additives became a more popular way to improve productivity in the food industry.

In 1996, China promulgated a law (Hygienic Standard for the use of Food Additives) regulating food additives. Domestic food additives number 1,474 as of 1999, up from dozens in the 1980s. By 2021, this number will be nearly 2,500, placing them in the top tier of countries that produce and sell food additives.

There are over 25,000 different kinds of food additives in use today, and the long list of ingredients has almost completely shaped people’s taste memories for nearly a century.

In the food industry, the so-called delicacy only tells half the story; The remaining portion is used as an additive testing ground with the goal of “making chemistry improve life.”s

The country’s food industry is growing at a rate of 10% and has an output value of about 300 trillion. In 2021, the output of China’s food additive industry will exceed 11.97 million tons, a year-on-year increase of 13.26%, and the sales of major types of products in the industry will reach 134.1 billion yuan.

For the past 30 years, the domestic food and food additive industries have been connected and are still in the honeymoon phase of development.

From the following point of view, it is possible to observe the significance of food additives:

Half a century ago,Lee Kum Kee became the new king of the oyster sauce industry by introducing automated industrial production lines overthrowing its century rival Rhong Sheng. Mass production and quality fluctuate depending on the technical conditions at the time.

Rhong Sheng, who has been slow-cooking oysters by hand using thick wood and charcoal, can only make two oyster sauces out of 100. Lee Kum Kee, aided by caramel, monosodium glutamate, and potassium sorbate, is stronger than Rhong Sheng.

Brands can quickly establish themselves as low-quality, low-priced competitors thanks to food additives.

The advancement of technology and progress in the value transfer of food additives are the only positive developments.

Additives to Food and Your Health

First and foremost, it is necessary to acknowledge the detrimental effects of traditional food additives on health, regardless of how plausible the explanations may appear.

The brand can temporarily ignore the underlying health controversy surrounding food additives within the legal boundaries and develop silently and tacitly because it is trapped in its current survival. However, with much fanfare, using “legal addition” as a cover for low quality is either stupid or bad.

Second, watch out for misleading health claims made under the guise of “zero addition.”

Some brands appear organic and green, but behind their backs, they play word games. For instance, substitute “fermented fruit juice” for “preservatives,” “green tea extract” for “tea polyphenols,” and “zero sucrose” for “zero sugar.”

Marketing rhetoric was exaggerated, which led to an excessive amount of trust from customers. As a result, the company’s reputation was damaged beyond repair when the incident was made public. Even if the dosage of carrageenan is controlled within the standard range, the consumer market will not tolerate it, just as the ingredient list for Zhong Xuegao can be lengthy. In essence, there is still a gap between the product and the propaganda.

Thirdly, avoid some irrational thoughts brought on by responses to food additives and excessive stress.

For instance, roughly defining food additives as “toxic” has evolved into cognitive inertia. Thus, old-fashioned exemplary bits of gossip, for example, “moment noodles won’t decay in the wake of eating” and “pigmentation causes visual impairment,” have not blurred. Another illustration is the belief that some consumers have that “foreign food must be healthier than domestic food.” It’s also a form of deception.

This year’s Korean snack brands have been embroiled in scandals over cocoa butter substitutes and double standards for raw materials. Generally speaking, the variety of food additives in a nation increases with its level of development. In the United States, for instance, the number of permitted domestic food additives has reached 4,000, significantly more than the nearly 2,500 licensed domestically.

Based on the previous thought that should avoid food additives for health, the market urgently requires safer and healthier food additive solutions if sterilization and antisepsis are essential.

Any Side Effects Of Food Additives?

The most serious symptom of food additives is the disintegration of human well-being.

Even though it has been more than ten years, many consumers have not fully recovered from the food safety incidents brought on by illegal additives like Sudan red and Melamine. Each incident involving food safety upsets the public’s fragile nerves.

Studies have shown that the “disease of wealth” or “disease of civilization” that modern people suffer from is at least partially attributed to their long-term consumption of food additives in standard amounts. The growth of the domestic food industry has also unavoidably resulted in the health risk posed by food additives.

“Our life is inseparable from food additives. Everyone has to eat hundreds of food additives every day. This is not an exaggeration.” – North Xiaoguang, who is R&D Department Manager, said.

Based on this, “the cost of ingredients accounts for 1/3 of the product cost” becomes substituted for this as the basis for calculation. The consumers’ increasing emphasis on “health” lies at the heart of all doubts.

This foundation of developing abhorrence for food additives opens the door for Chinese food brands to update and emphasize today.

The evolution of the entire industrial chain, including food additives, is driven by the improvement of product brands. Yuanqi Forest, also known as “the father of zero sugar marketing,” is the case regarding the mutual advancement of food and food additives and the development of the industry and brand in a way that benefits both parties. Before Yuanqi Forest, numerous consumer brands developed sugar substitutes after discovering the health risks posed by sucrose. Since then, Yuanqi Forest introduced a novel sugar substitute known as “erythritol.”

Customers’ decisions and assumptions are increasingly broadened, and their necessity for the soundness of item fixings and the reverberation of brand values is expanding. The current era can accommodate natural materials and improved solutions for food additives and can even, to a certain extent, withstand the price increases caused by them together.

The “preservatives” potassium sorbate and sodium benzoate are also removed when sucrose is replaced with “0-calorie” erythritol. The new ingredient list also indicates an upgrade in production technology and other comprehensive aspects.

The general trend is the continuous streamlining of clean labels.

What is Erythritol Ingredient?

“Erythritol,” a sugar substitute introduced by Yuanqi Forest. It has become a well-known food and food additives scientist and even subtly altered the food consumption market.

Erythritol cannot be included on the white list of absolute health due to the current level of food technology and the accumulation of experimental data.

However, this hinders neither its deep binding to Yuanqi Forest nor the beneficial attempt of erythritol to become a food additive. The food industry continues to evolve.

Substances that humans add to food for various reasons, such as extending shelf life, improving food safety, etc., are food additives. These additives come in many forms, including chemicals, food enzymes and colorings.

Commonly used chemicals for food additives include preservatives, flavoring agents, artificial sweeteners, thickeners and stabilizers. Food enzymes are also widely used and are found naturally in plants or can be produced synthetically. In contrast, food colors usually contain water-soluble dyes derived from petroleum or natural sources. Understanding the differences between these ingredients will allow food producers to make informed choices based on their safety regulations and quality standards.

Salt (in meats like bacon and dried fish), magnesium chloride (in tofu), and a dye pigment from coal tar and sugar are just a few examples of food additives. Some additives are considered illegal, such as Melamine and Red Sudan.

The following is a list of common ingredients in food additives.