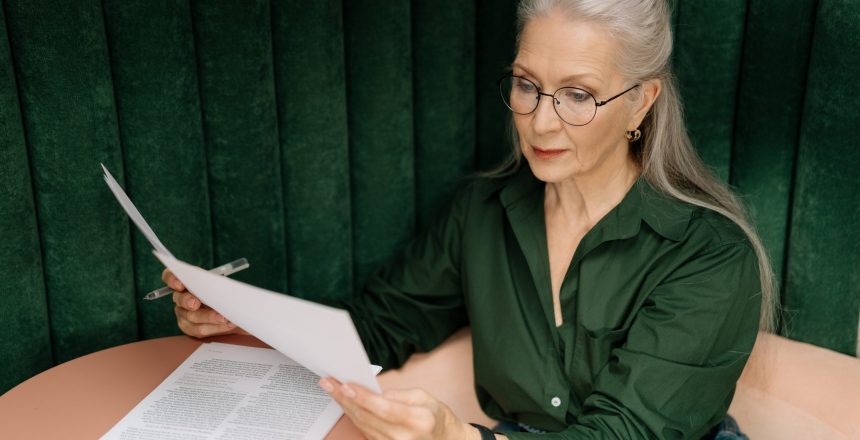 Gastrodin is a plant-derived compound that is currently the subject of various medical studies for its claimed effects in promoting cognitive function and providing anti-inflammatory benefits. It is also known to improve blood pressure among hypertensive patients and promote the healthy production of neurotransmitters and enzymes for optimum brain health.

Gastrodin is a glycoside compound known as the glucoside of gastrodigenin. It is primarily obtained from a popular traditional Chinese medicinal herb known as Gastrodia elata. It may also be taken from the rhizome of Galeola faberi which is another herbal medicine prevalent in China, the Himalayas, and other regions. The compound is produced from the biotransformation of 4-hydroxybenzaldehyde. It may be used in its plain form for dietary supplement formulations or as a component of Gastrodia elata extract.

There are several other names for which the compound Gastrodin is known. These include Gastrodine, Tianma extract, Tall gastrodia tuber, Rhizoma Gastrodiae, Gastrodia elata Bl., Rhizoma Gastrodiae Extract, Rosmarinus Officinalis,  Gastrodia elata, 4-(Hydroxymethyl)phenyl β-D-glucopyranoside, (2R,3S,4S,5R,6S)-2-(Hydroxymethyl)-6-[4-(hydroxymethyl)phenoxy]oxane-3,4,5-triol, and Brain Shield gastrodin. The compound is also identified as having CAS number 62499-27-8 and molecular formula C13H18O7. The molecular weight of the compound is 286.28 g/mol.

As an ingredient in dietary supplement products, Gastrodin has a white needle crystal appearance. Some manufacturers, however, offer the compound in brownish powder appearance forms. Essentially, Gastrodin is soluble in methanol, ethanol, and water.

Natural plant sources of Gastrodin include the herbs Gastrodia elata and Galeola faberi. The compound may also be synthetically produced through the biotransformation of 4-hydrobybenzaldehyde by Datura tatula cell cultures.

Gastrodia elata is well-known in the alternative medicine field as a potential treatment for various illnesses including headaches, dizziness, spasms, and epilepsy. Aside from Gastrodin, the herb Gastrodia elata contains several biochemicals which include ethanol, Benzaldehydes, 4-hydroxy benzyl alcohol, Benzyl alcohol, and 4-hydroxybenzaldehyde.

Gastrodin is available in powder forms having 98% or 99% purity assays based on a high-performance liquid chromatography test. Gastrodin 99% powder is usually referred to as the Gastrodia elata Gastrorin pharmaceutical grade.

Gastrodin powder may be purchased for dietary supplement production or research purposes from a legitimate and well-known ingredient supplier Nutriavenue. The product may be bought in bulk or lesser quantities from the said company. To ensure product quality upon your receipt in cases of bulk purchases, Nutriavenue offers packaging in paper drums with two layers of poly bags inside. Each paper drum contains a net weight of 25 kilograms. You may, however, avail yourself of a different packaging option when buying in lesser quantities or upon request based on your preference.

Tianeptine is an antidepressant agent which is shown to provide various cognitive benefits. Along with Gastrodin, Tianeptine is included in the formulation of nootropic dietary supplements for its known health benefits. A combination of Tianeptine and Gastrodin is believed to provide synergistic effects for optimum brain health.

Schisandra Chinensis and Gastrodin are currently being subject to health studies as they are found to have certain anti-cancer effects. On one hand, the active compounds of Schisandra Chinensis are claimed to work by inhibiting mutagenicity and hepatocarcinogenesis. On the other hand, Gastrodin works by regulating T cells and enhancing cytotoxic activities of natural killer cells against hepatic cancer cells.

Gastrodin plays a vital role in the human body which may contribute to overall health and wellness. As an analgesic compound, it is believed that Gastrodin works by reducing spinal synaptic potentiation between afferent fibers and spinal lamina I neurons. As a nootropic, experts believe that the compound works by increasing the production of a brain-derived neurotrophic factor in the damaged spinal cord. It is also found to contribute to neurological function by enhancing the recovery of neurons.

One method to obtain Gastrodin is initiated by mixing hydroxy benzyl alcohol, glacial acetic acid, and ethyl acetate. The reaction of the said compounds produces a wet acetyloxymethylphenol product. The product is thereafter added with pentacetyl glucose and acetonitrile and stabilized for layering. The next step consists of obtaining the pentacetyl gastrodin by drying an organic phase via anhydrous sodium sulfate. Lastly, the pentacetyl gastrodin is stirred with methyl alcohol and decolorized, cooled for crystallization, and subjected to vacuum to obtain Gastrodin.

The following are among the health benefits associated with the use of Gastrodin:

It may relieve migraine

Gastrodin is a potent analgesic that may work in the treatment of various illnesses characterized by pain. This includes migraines. Studies reveal that Gastrodin supplementation may effectively reduce migraine pain and prevent its occurrences.

It may work for anxiety

It is also claimed that Gastrodin may work to relieve anxiety by improving the production of certain enzymes and neurotransmitters in the brain.

Gastrodin supplementation is shown to be beneficial among old-age adults and those in the elderly stage as it may optimize brain function by preventing rapid cognitive decline.

The compound may also work as an anti-inflammatory agent. This is the reason why experts are now conducting health studies to determine its effects in the prevention of various inflammation-associated conditions.

Studies also reveal that the compound may work in the treatment of dizziness and epilepsy. It may also work to help prevent strokes and rapid functional decline brought about by dementia.

While no side effects are usually expected with Gastrodin supplementation, some individual users have reported having experienced symptoms like mild stomach pain, nausea, and vomiting. These symptoms generally disappear within the first few doses.

The recommended dosage for Gastrodin supplementation is usually 800 mg per day. Nonetheless, physicians may recommend a different dose depending on the individual user’s weight, age, and overall physical condition.

Where to buy bulk Gastrodin powder?

If you are looking for an ingredient supplier which offers high-quality and affordable products, you have come to the right place.

Nutriavenue is an FDA-registered ingredient supplier which has been in the market for several years. Our company is the best choice for all your ingredient needs as we are certified by entities like Halal, Kosher, and GMP. We offer a wide range of ingredients for dietary supplement formulations which you may check out at our website.

We also offer shipping services through the air, sea, and couriers like UPS and FedEx.

For complete details on our products and services, and to get a free quote, you may visit our website at Nutriavenue.com. You may also inquire from our technical support staff for more information.