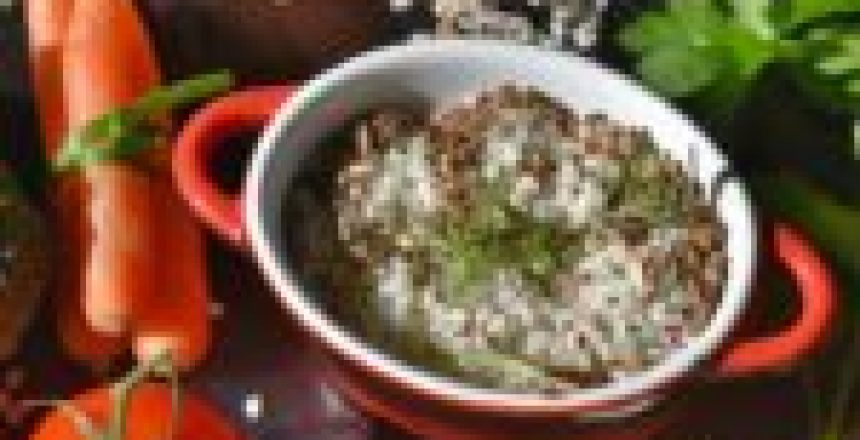 Here we will show you several of the latest industry news. NutriAvenue hopes that this article can help you learn the most comprehensive industry information and get what you want to know.

The recent vitamin A shortage has caused a stir in Europe, with prices increasing slightly. Almost EUR47.5-50 per kg. In China, demand remains weak, and average inquiries decrease to satisfy output during holidays; however, terminals are unleashed gradually by one factory, leading to other manufacturers due to low stock levels (30%).

Overall we expect tight availability from suppliers causing disruptions within this market at present – Pricing may rise over upcoming months if no new orders come through soon enough or if unexpected.

In China, pricing for Vitamin D3 remains steady, with only minor increases. In the meantime, prices are stable, and the market is quiet in Europe.

Overall we expect pricing for Vitamin D3 has remained relatively stable with only slight price increases.

Pricing of vitamin E has been strong lately but dropped regionally recently due to new contracts not being signed yet, which might cause an increase once those expire or come into effect later this year (2022), depending on what happens next week when traders gather again for their annual meeting before summer begins so things could change quickly.

The prices for Vitamin B1(Thiamine) have been impacted by the elevated cost, and factories uphold their quotations while downstream demand has low and inquiry is average, leading to steady prices. European market price slipped slightly due to import volume from china for the period December 2021-March 2022 was relatively high with stocks sufficient currently, some markets fall below EUR19/kg affected by these levels in China.

Overall we expect that there will be a slight decline within this month’s supply as well; however, inventory levels don’t seem like an issue anymore since they’ve been decreasing at about a 2% monthly growth rate since February 2019.

With the unstable global markets, some countries have low demand, such as China, but it has to say that Vitamin B2 prices have gone up slightly but not by much. This increase can be seen mostly in certain regions where there are many affected brands and production dates based on their needs for hand-to-price purchases right now. Because terminal demand will not finish until Q3 2022, which might lead vendors to think that they’ll get more money if they sell early instead of waiting until the end of the year.

Market information suggests both supply and demand remain relatively stable at this point with occasional increases due to energy costs etc. However, most changes gonna happen between 10%.

Niacinamide, or vitamin B3 as it’s also known, has been a slow-burner this year. The demand for Vitamin B3 has slowed down recently, but we typically see these trends during summer months when people are out enjoying warmer weather and their active lifestyles, which likely explains why prices remain stable even though there is an increase in shipping costs due to port delays too!

The price of Vitamin B5 (D-Cal Pan) has not changed in recent months, with a significant increase taking place just last week.

In China, market prices have been stable and low. Demand for this vitamin remains high as many people still don’t get enough from their diet or nutritional supplements even though it is available in foods like breakfast cereals which may contain hidden doses of these vitamins (most often measured by looking at the label).

However, in Europe, we’re seeing that while some countries were able to keep costs around 16-17 per kg under control through production cuts last year, others had higher than expected demand because they import most staple foods such as wheat grown abroad, so there’s no need whatsoever to spend extra money on importing tomatoes when you can just grow them here.

The market for vitamin B7 (Biotin), which is used in the production of biodegradable plastics and some food additives, has experienced a sudden decrease. Nowadays, there are no reports about whether or when it will resume trading again because most Chinese producers have stopped offering due to this change.

However, one company plans on undergoing maintenance over several months while storing inventory at low prices before. We expect that these factors will not cause any problems with your supply until we can get more information from them.

The market is stable, but not for long. The shortage of Folic Acid will cause prices to skyrocket in the coming months as more people rely on this vitamin supplement due to its benefits against Neural Tube Defects (NTD).

Prices for Vitamin B-12 products in China have been softening over the last few months, with inquiries down and demand stagnant. Supply appears sufficient though there’s still room to increase production if needed by manufacturers who are fighting hard against one another for market share on this important nutrient ingredient. This kind of ingredient can be found naturally occurring within certain types of meat but is most often added during processing or cooking methods such as smoking due to its flavor enhancement qualities which make them more tender than those without it – even though many people don’t notice any difference anyway!

In Europe, however, things were different; prices ranged from EUR17 per kg to 23 per kg.

Recent market trends in China show that demand for vitamin K3 has been average, but inquiries from customers have slowed down. Prices remain high with a wide range of prices across Europe at 27-31kg per sqm depending on the region you’re looking into it from

The lack of supply means there is still plenty left over to be sold off or imported if necessary!

The prices of Vitamin C in China have been stable but weak. Demand has remained average and inquiries low, leading to stable transaction prices that are slightly lower than last year’s levels for both spot supply (EUR4/kg) as well new contracts (EUR3.8/kg).

At the same time, the demand in Europe was limited by high competition among suppliers, which led directly to a decline of VC-coated product values at around EUR 4.8 per kg total weights carried on ships bound globally.

In addition, there were reports coming out recently claiming how certain companies might be manipulating this important nutrient through over-supplementation or underconsumption.

The prices of Citrulline and Arginine compounds have been softening over the past few weeks as Chinese manufacturers see less demand.

Recently, the trade war between China and America has caused manufacturers to see less demand for their products. Prices are also softening, but the impact on pricing will depend entirely upon Fufeng’s production levels after they learn about Xinjiang’s impending ban next week!

The demand for carnitines is high, which means manufacturers continue to compete with each other. However, they plan on controlling pricing by limiting their output in order not to give any advantage away through lower prices than competitors are offering – even though it might mean less profit overall!

The recent ban on food imports from China will have an effect on pricing, but it’s too soon to tell how much.

The L-Glutamine market particularly has seen less demand and softer prices because of the uncertainty around Fufeng’s output following their most recent export restrictions in Xinjiang province, where they produce many products such as chicken wings which are now astronomy out indefinitely due this year until further notice.

The demand for L-Tyrosine is decreasing, which will lead to a softening of prices over time.

Creatine prices are high and stable, but demand could drop if the Chinese producer has less output. If that happens, then there will be more supply coming from outside of China, which would support prices as well!

Chinese manufacturers continue to discuss their patent infringement cases. The market price has begun softening and stabilizing, but it is not clear how this will affect them in the long run since they are still at risk for litigation costs even if prices go up or down over time due to those who own patents being able-to charge whatever amount that meets an individual’s needs without competition from other companies making similar products.

With improved production in China and the limited availability of lysine supplements on the market, prices for this nutrient are elevated right now.

About the Ingredient Market Status

Recently, the whole market has been stable but weak in China. Impacted by a tight supply of raw materials and elevated costs as well as the “Dual Control On Energy Consumption” policy which prompts upstream factories to uphold their quotation prices because they are cash flow pressured from stocking products onto shelves with little demand for them; distributors also have high activity destocking inventory when there’s no inquiry atmosphere at all. It results in sluggish transactions between buyers and sellers, especially hand-to-mouth purchasing patterns that dominate overall transactions; wait-and-see attitudes prevail among consumers who don’t know if there will be any change soon enough.

In 2021 some companies announced Maintenance Plans (MEP) that suspended production lines gradually over the summer of 2022 without much more reaction.

With inflation on the rise and production decreasing, prices for most products have been stable or even trending slightly downward.

For some reason, the market is not always consistent. It’s hard to say what will happen with any one company or industry in this unpredictable world we live in!

Interest in certain items has increased as negotiations become more flexible over time despite this being an advantage that allows buyers more excellent selection when they need something quickly or want it at a lower price than what’s currently posted on sale tags – which can take days if not weeks before shipping cost adjustments are made depending upon where you live! Production levels among factories also affect marketability; those running low should be wary about shortages coming soon enough, so stock up now while supplies still last!

This month, we continue to monitor freight rates as a demand function. Freightos reported that Asia-US West Coast ocean freight rates had fallen more than 50% in Q2, but this is not the case for transatlantic trades where substantial international shipping traffic has kept afloat high costs even though there was some relief following last year’s pandemic, which hit many countries challenging.

As we are beginning to see more and longer periods without congestion on the Asia – US West Coast routes, those ocean freight transit times have been trending to closer normal. But it’s too soon for them to be considered “on time” port arrivals as there can still occur 2-3 week delays in container pick up at any given moment – even though this is less than before due to an increased number of deliveries going through these ports right now!

The ports on the west coast are currently dealing with a labor dispute. The International Longshore and Warehouse Union (ILWU), whose contract expired last Friday, has been negotiating for one that will cover workers from California to Washington state, which collectively handle nearly 40% of US imports.

If you wanna obtain any ingredients, come to our official website to have a look. Any questions? Get a quote or send us an email directly. Our teammates will reply to you quickly to solve your questions.