Chitosan is a fibrous substance that promotes health and wellness through its antihemorrhagic, anticholesterolemic, and antioxidant properties. The compound is also used in bandages as it effectively helps control bleeding and prevent microbial infections.

Essentially, chitosan is classified as a linear polysaccharide. It is derived from the deacetylation of chitin which is an amide derivative of glucose. Chitin is extracted from the exoskeletons of crustaceans such as crabs, lobsters, and shrimps. Aside from its use in medicine, chitosan is also used in agriculture for its antifungal properties. The compound may also help prevent spoilage in wines.

The CAS number of Chitosan is 9012-76-4. The molecular formula of the compound is (C6H11NO4)n, and its molecular weight is 161.16 g/mol. It is generally not soluble in water and inorganic solvents but is usually soluble in dilute aqueous acidic solutions. Chitosan appears as a white or gray translucent powder. It is also odorless and tasteless. 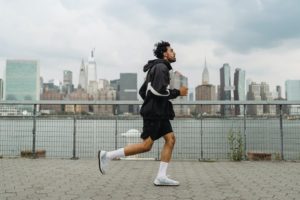 As a dietary supplement ingredient, chitosan comes in several forms and is applied depending on the manufacturer’s need. Chitosan oligosaccharide, Chitosan 95% powder, and Chitosan HCl powder are the most common forms of the compound chitosan. While these various forms of chitosan provide comparatively similar health benefits, they differ in certain aspects.

Chitosan 95% powder is usually the type of chitosan which is not generally soluble in water. Thus, the use of Chitosan Oligosaccharide is preferred in terms of its absorption properties.

Another water-soluble form of Chitosan is Chitosan HCl powder. It is the form of chitosan which is commonly used in wound dressings as well as in hydrogels.

How does Chitosan Work?

Chitosan provides many health benefits through various activated patterns. Primarily, it works by binding fat molecules in the body and prevents its absorption in body cells, thereby preventing many conditions associated with excessive body fat. Studies show that Chitosan supplementation may work among individuals at risk for obesity and overweight conditions due to certain underlying conditions such as Type II Diabetes Mellitus.

In another study, experts say that the compound may also prevent excessive bleeding as it has specific functions in blood coagulation. This is the reason why the compound is used in the production of wound dressings.

The use of chitosan is also recommended in the formulation of various drugs as it is known to aid in the absorption of certain compounds in the human body, thereby promoting therapeutic drug effects. It is also believed that the compound may help protect other medications from being damaged as they pass through gastric acids. 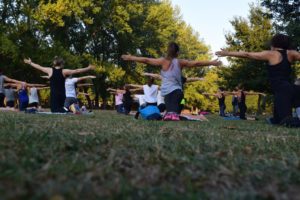 Manufacturers of dietary supplement products use chitosan for its various health benefits. These include the following:

Numerous types of research have provided a foundational basis for claiming that Chitosan supplementation may promote weight loss and support healthy body weight. According to studies, the compound readily binds fat molecules in the body and prevents the accumulation of the same in vital cellular receptors. This mechanism is very effective as fats are eliminated through natural excretion instead of being stored in body cells.

High cholesterol level is one of the root causes of many physical disorders involving the heart, the lungs, and the liver. Along with unhealthy fats, chitosan is also believed to reduce cholesterol levels by binding the compound and promoting its elimination. Normal cholesterol levels in the body help maintain healthy heart, lungs, and liver function, especially among elderly individuals and those at risk of developing health conditions.

The use of chitosan is believed to be generally safe and effective.  Nonetheless, it may cause specific unwanted side effects involving the gastrointestinal system when used in high doses. Some individuals have also reported the development of constipation and mild stomach upset following the use of chitosan within recommended amounts. These symptoms, however, are expected to disappear after the first few doses.

When severe adverse effects such as changes in breathing patterns and other cardio-respiratory effects occur, individual users should immediately discontinue using the compound and consult a physician. 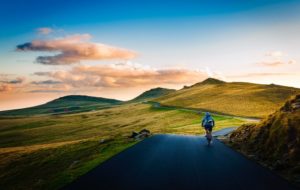 An intake of three (3) grams of chitosan daily is believed to be safe and effective. Nonetheless, the recommended doses may change depending on the individual needs of the user. Factors such as weight, age, and current health condition are also being considered to determine the recommended dose for Chitosan supplementation.

Where to Buy Bulk Chitosan Powder？

Many ingredient suppliers offer dietary supplement ingredients across the internet. However, the best suppliers are always the ones who maintain a good reputation in the field.

Nutriavenue is an FDA-registered ingredient supplier which has long been known for its high-quality and affordable products. We are also recognized and certified by Kosher, GMP, and Halal.

If you are interested in purchasing bulk Chitosan powder, you may visit our website and get a free quote. You may also contact our customer-oriented technical support staff for more information about the product and the other ingredients we offer.