Histidine is an essential amino acid necessary to produce enzymes for normal kidneys, gastric and muscular function of the human body. It is also used in the field of dietary supplement manufacturing as an essential ingredient for improved nerve cell health.

Histidine is among the proteinogenic amino acids for protein biosynthesis. Since it is not produced naturally in the body, it must be supplemented from various food sources, including meat, poultry, seeds, and fish. Aside from acting as an intermediary for biological processes, Histidine is also known as a precursor for Carnosine and Anserine, which are both essential in skeletal muscle growth and development. 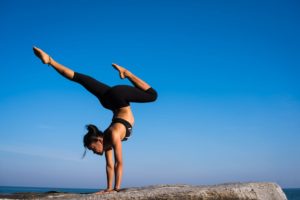 As an ingredient to dietary supplements, Histidine comes in two common forms―L-histidine-free base powder 99% and L-histidine HCl powder 99%. These two forms are often used interchangeably as they provide comparatively similar health benefits.

Scientific researches have long recognized the significant role of Histidine in Histamine production. As a precursor to the production of the compound, experts explain that Histidine supplementation is necessary for optimum immunity responses in all age groups.

The biosynthesis of Histidine to Histamine takes place through a rate-limiting enzyme known as L-histidine decarboxylase. The decarboxylation process is Vitamin B-dependent and occurs in various cells in the body, including the brain and the stomach. Histamine, once produced, is stored in the body and released upon the activation of the immunity response.

Mechanism of action of L-histidine

Primarily, L-histidine is believed to have immunomodulatory, anti-inflammatory, and antioxidant properties. Aside from playing a vital role in Histamine production, experts say that the compound also works by suppressing T-cell activity, thereby controlling inflammatory responses, especially in patients diagnosed with rheumatoid arthritis.

Recently, the interest in L-Histidine continued to grow after L-histidine was found to have specific effects in the control of symptoms of Eczema. The compound may help in maintaining skin hydration and improving the protective skin barrier.

Histidine supplementation is ideal for adults, especially those who are approaching the elderly stage of life. The following are some benefits of using the Histidine dietary supplements:

As an agent to histamine production, Histidine is believed to improve immune system responses. Remarkably, however, in one study, Histidine in itself may have specific effects in immunity responses other than being a histamine precursor.

In one study, experts have found that patients diagnosed with Histidine deficiency have proteins with low plasma concentrations, which degrades the overall immune system responses and compromises overall health. For this reason, health practitioners recommend the intake of Histidine-rich foods and dietary supplements to boost overall immunity.

Many experts are currently conducting in-depth studies on the protective role of Histidine against oxidative stress, which damages various cells in the body. Oxidative stress limits the production of red and white blood cells, which, in turn, results in depletes oxygen and nutrient supply.

Histidine supplementation may aid in producing red and white blood cells not because it supports protein biosynthesis but also because it was found that persons with low levels of Histidine have low levels of blood cells. One study also suggested that Histidine is necessary for nerve cell production as it is an essential component of the myelin sheath. For this reason, experts recommend the intake of Histidine supplements for overall body cell production.

One common indication of Histidine deficiency is persistent joint pain and stiffness. This is because Histidine plays a role in maintaining the health of synovial fluid and protecting joints from strain. According to experts, Histidine supplementation may promote joint health, especially among individuals at risk of degenerative joint conditions, such as athletes and bodybuilders.

Taking Histidine dietary supplements within recommended doses is not associated with any side effects. However, some individual users have reported the development of mild symptoms, which include upset stomach and discomfort. Health experts say that the development of adverse signs and symptoms such as breathing difficulty and changes in mentation among Histidine supplement users are not common and should be reported immediately to medical practitioners.

The majority of medical experts recommend the intake of a maximum of 4 to 5 grams of Histidine per day. In one study, it was found that high doses of Histidine, especially among individuals with ongoing health conditions, may cause toxic effects.

The recommended dose may change depending on the individual user’s present health condition, age and weight. Persons who are pregnant or otherwise lactating are advised to consult their physician before intake of Histidine supplements to prevent potential side effects.

Where to buy bulk L-Histidine powder

For your bulk L-Histidine powder needs, the best sources are always the ingredient suppliers who offer high-quality and affordable products. If you are looking for an ingredient supplier that the Food and Drug Association recognizes, you are in the right place.

Nutriavenue is a popular supplier of various dietary supplement ingredients at very affordable prices. Halal, Kosher, and GMP are also recognized and certified, making us the best choice for bulk L-Histidine powder purchases. For more information on L-Histidine powder and other products we offer, you may visit our website at Nutriavenue.com. If you have any queries on any of our products, you may contact our customer service representatives, who will gladly accommodate you.