Pyritinol Hydrochloride is a neurotropic agent which is used in the prevention of degenerative cognitive disorders including Dementia and Alzheimer’s disease. It is also shown to be useful for depression, schizophrenia, and other psychosomatic conditions. The compound is shown to reduce the permeability of the blood-brain barrier to phosphate.

The product is known for its CAS number which is 60479-98-3, molecular formula of C16H24Cl2N2O5S2, and molecular weight of 459.4 g/mol. It is also known for names including Pyridoxine disulfide, Pyrithioxine, Encephabol, Encefabol, Cerbon 6, and Pyritinol Hydrochloride.

Pyritinol HCl has a white to off-white powder appearance and is odorless. It is soluble in water. Pyritinol is another neurotropic agent which is a semi-natural analog of water-soluble vitamin B6. It was first produced in 1961 and was used as a medicine for cognitive disorders in the 1970s. The product’s CAS number is 1098-97-1 and its molecular formula is C16H20N2O4S2. Its molecular weight is 368.473 g/mol.

While the health benefits of using Pyritinol and Pyritinol HCl are almost similar, they vary in structure as the latter contains an HCl molecule.

Pyritinol is more popular as more studies are showing its potential benefits and it has been used in the field for a longer time than Pyritinol HCl.

Pyridoxine is a Vitamin B6 analog, specifically, the 4-methanol form of vitamin B6. It is a derivative of Pyridine which is naturally found in various food sources including fish, cereals, and yeast. The product plays a vital role in the metabolism of certain amino acids. The CAS number of Pyridoxine is 65-23-6 and its molecular formula is C8H11NO3. The molecular weight of the same is 169.18 g/mol.

There are certain differences between Pyritinol and Pyridoxine. While the former is usually synthetically produced, the latter occurs naturally in various food sources. Also, the structure of Pyritinol is structure is that of a disulfate derived from pyridoxine.

Furthermore, while Pyritinol is a known nootropic, Pyridoxine is more commonly used to treat Vitamin B6 deficiency.

Piracetam is a nootropic compound belonging to the racetam group. It is derived from γ-aminobutyric acid, a neurotransmitter in the brain which is believed to possess neuroprotective and anticonvulsant properties. Piracetam is identified as having CAS number 7491-74-9, molecular formula of C6H10N2O2, and molecular weight of 142.16 g/mol. Both Pyritinol and Piracetam are well-known nootropics. While they have both been in the market for several years, Piracetam is more popular as it is the first nootropic that was shown to modulate cognitive functions without causing side effects like sedation or stimulation.

Pyritinol HCl is sold in the market in different forms and specifications. Forms available at Nutriavenue and other ingredient suppliers include Pyritinol HCL powder 99% and Pyritinol dihydrochloride powder 99%.

We usually use paper bags for retail purchases and paper drums with two layers of polybags inside for wholesale purchases at Nutriavenue. However, we allow our customers to request a different packaging material depending on their needs. Shipment services through the air, sea, or couriers are also available.

How does Pyritinol HCL work? 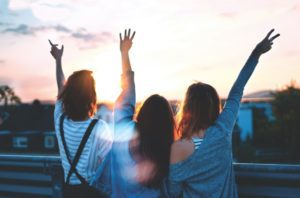 Furthermore, studies show that Pyritinol HCl increases the reuptake of glucose in the brain in cerebrovascular conditions.

By sending us an email, you may obtain information on the Pyritinol HCl manufacturing process and raw materials for production.

Using Pyritinol HCl may provide health benefits which include the following:

Pyritinol is well-known to enhance overall cognitive function. As found in studies, the compound may enhance memory, promote learning, and even prevent rapid degeneration of brain cells which cause Alzheimer’s disease and Dementia. Pyritinol HCl is also beneficial in the treatment and prevention of hangovers. This is because it helps facilitate the elimination of alcohol in the body and activates brain cell function. The typical dose for Pyritinol HCl is usually 600 mg per day. Nevertheless, persons who are suffering from certain medical conditions may be prescribed a different dose by physicians.

Where to buy Pyritinol HCL powder in bulk?

Pyritinol HCl powder is available in bulk purchases or retail purchases at our company, Nutriavenue. Many manufacturers of pharmaceutical products purchase raw materials from us as we are duly registered with the FDA and we offer high-quality and pure products.

Entities including Kosher, Halal, and GMP have also recognized our products. Nutriavenue is third-party tested and offers free samples to customers.

We offer several other compounds which you may check out in our list of products. You may contact us for more information and details on our products and services.