Stearoyl Vanillylamide, or SVA for short, is an analog of capsaicin found in various species like the hot pepper. Like piperine which gives black pepper its signature spicey flavor and aroma. It’s also a component that causes a spicy burning sensation on tasting buds when you eat chilis etc. Afterburning occurs fairly quickly because this compound has a high boiling point of around 100 degrees Celsius! 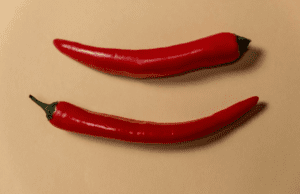 The natural ingredient capsaicin is found in plants, specifically the fruit of Capsicum. It’s used as an ingredient for dietary supplements and even creams though it still needs more study to see if medical professionals can approve these products. In some studies on this subject matter, researchers have noted that there are analogs such as Stearoyl Vanillylamide. The molecular formula of Stearoyl Vanillylamide powder supplements is C26H44NO3-.

How to Produce Stearoyl Vanillylamide?

The main technology for the production of stearoyl vanillylamide is the reaction of vanillin and stearic acid. It can go under either in the presence or absence of a catalyst. 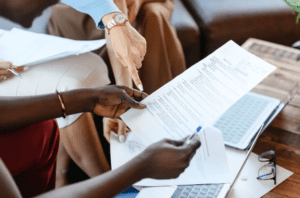 Recrystallization, as people know, is the most common method of purification for stearoyl vanillylamide. This method involves dissolving something crude in a hot solvent and cooling the solution slowly. The pure product will then crystallize out of the solution and can be isolated by filtration.

How does Stearoyl Vanillylamide Work?

Stearoyl vanillylamide (SVA) is a vanillyl amide found in various foods. It is always used as a flavoring agent and has been shown to have potential health benefits. In chili peppers, capsaicin is an active ingredient that gives them a spicy flavor. And also it is used in topical creams for pain relief.

SVA and capsaicin share some similarities. However, it has to say that there are also some important and obvious differences between them. Both compounds are vanillyl amides, meaning they contain a vanillin group bonded to an amide group. This structural similarity allows both SVA and capsaicin to interact with the TRPV1 ion channel, which is responsible for the sensation of pain and heat. However, capsaicin is much more potent than SVA in this regard, meaning it is more likely to cause pain and irritation.

While both SVA and capsaicin have potential health benefits, they also come with risks. Both compounds can cause gastrointestinal distress when consumed in large quantities. Capsaicin is also a skin irritant, so care should be taken when using topical products containing this compound. Overall, SVA appears to be the safer of the two compounds, but more research is needed to confirm this. 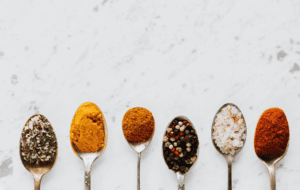 Stearyl tartrate is another vanillyl amide you may encounter, but it is not as well studied as SVA, so its safety profile is less clear. When in doubt, always be careful and speak with a healthcare professional before consuming any new compound. That said, stearyl tartrate does have some similarities to SVA. Both compounds are vanillyl amides, meaning they contain a vanillin molecule bonded to an amide group. Stearyl tartrate also has a similar chemical structure to SVA, with a long hydrocarbon chain attached to the vanillin moiety. This chain is what gives stearyl tartrate its waxy texture and makes it insoluble in water. Like SVA, stearyl tartrate is a food additive and flavoring agent found in chocolate, coffee, and other foods.

Regarding safety, there is some concern about the potential toxicity of SVA. However, no adverse effects have been reported in humans. The LD50 (median lethal dose) of SVA has been estimated to be 2,000 mg/kg in rats, which is quite high. It suggests that SVA is not particularly toxic and is unlikely to cause any serious adverse effects in humans.

Overall, SVA and stearyl tartrate are both vanillyl amides with similar chemical structures. Their main difference is in their side chains, which gives SVA superior properties. However, both compounds are considered safe for human consumption.

Stearoyl vanillylamide and stearoyl glutamic acid contains both a stearic acid group and a vanillyl moiety. Stearoyl vanillylamide is a synthetic compound used as a food additive, while stearoyl glutamic acid is a natural compound. It is found in some plant-based foods. Both compounds have similar properties and usages, but they have some key differences. 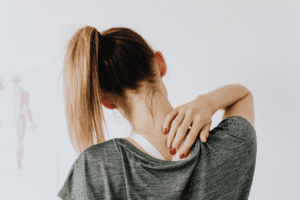 – Stearoyl vanillylamide can help to protect against cancer.

Stearoyl vanillylamide is a safe and effective ingredient that can provide some benefits. However, we should understand that more research is needed to confirm these effects.

We are the best source for high-quality Stearoyl Vanillylamide Powder at very affordable prices. Our company Nutri Avenue is committed to being reliable, dependable and trustworthy with all our customers by providing Bulk Ingredients that they need in their manufacturing process as well as registering ourselves under various institutions like Halal/ Kosher etc., certified so we can meet their needs too!

Stearoyl Vanillylamide is a relatively new supplement in the market, and it’s only recently being used as an ingredient by dietary companies. The mixed fat-burning properties of this compound are intended to increase energy levels for athletes or people who want more intense workouts.