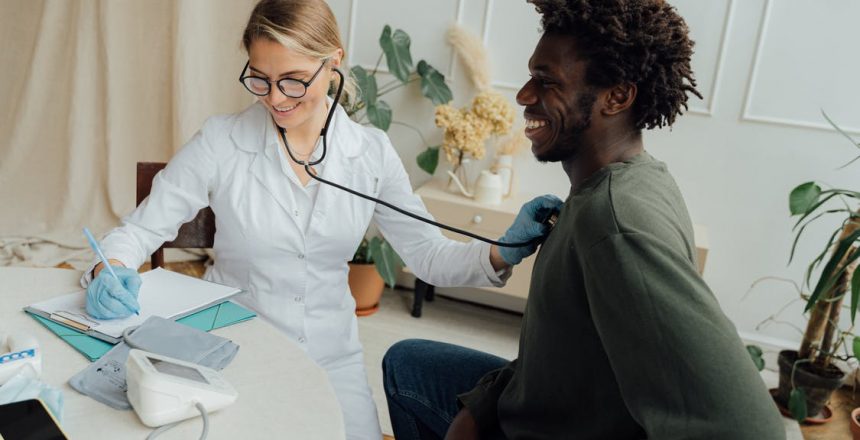 Magnesium Taurate is a well-known useful agent for anxiety relief and sleeps promotion. It is also used in the formulation of dietary supplement products indicated to promote healthy blood sugar levels and maintain blood pressure. The compound is also believed to help improve cardiovascular health through various mechanisms.

What is Magnesium Taurate?

The compound Magnesium Taurate is the Magnesium salt of the organic compound Taurine. It is currently among the ingredients in dietary supplement products which are used to provide adequate magnesium levels while meeting the taurine needs of the body. Both the compounds Magnesium and Taurine play vital roles in the promotion of optimum health. Hence, the combination of the said compounds in Magnesium Taurate help prevents the progression of certain health conditions.

The product is generally slightly soluble in water and ethanol and has a white crystalline powder appearance.

Many food products contain the compound Magnesium. These include leafy green vegetables such as spinach, nuts, and peanuts, dark chocolate, and whole-grain bread. Dairy products, meat, and fish also contain relative amounts of Magnesium. The compound Taurine is also found in food products including seafood, turkey, chicken, and beef.

Magnesium Taurate may be obtained naturally by combining food products of Magnesium and Taurine. It may also be obtained through formulated dietary supplement products.

Nutriavenue offers a wide variety of ingredients that can be used in dietary supplement formulations. You may purchase Magnesium Taurate from our company in bulk quantities or lesser quantities. If you are availing the product in bulk, it is usually packed in paper drums having two layers of polybags inside. However, customers may avail themselves of different packaging materials if they so desire.

Magnesium Glycinate is a magnesium supplement produced by combining the compound magnesium and the amino acid glycine. It is identified as having CAS number 14783-68-7, the molecular formula of C4H8MgN2O4, and a molecular weight of 172.42 g/mol.

Both Magnesium Taurate and Magnesium Glycinate have comparatively similar health benefits but with the difference in their attached compounds, one may work better than the other in providing specific health benefits.

Hence, there is no definitive conclusion as to which among the products is better than the other.

While Magnesium Citrate is mostly marketed as an agent to replenish magnesium levels as it is among the most bioavailable forms of magnesium supplements, compounds like Magnesium Taurate are primarily marketed for their effects in specific organ systems, specifically, the cardiovascular system.

The Best Form of Magnesium

There are several forms of Magnesium supplements available on the market. These include Magnesium Citrate, Magnesium Malate, Magnesium Glycinate, and others. Magnesium Taurate is another popular type that is used for certain specific benefits.

When it comes to high blood pressure and high blood sugar, the majority of health experts recommend the use of magnesium from Magnesium Taurate.

Magnesium Taurate is also believed to help prevent arrhythmias and protect the heart from damage brought about by heart attacks. Hence, it may be ideal for persons who are suffering from cardiovascular conditions upon a physician’s recommendation.

How does Magnesium Taurate Work?

Magnesium Taurate works in the human body in several different ways. According to research, the Taurine in the compound works in regulating the balance of blood sugar, thereby preventing rapid changes in blood sugar levels which can pose health risks. It is also shown in studies that users who use the compound have improved blood pressure levels compared to those in the control group. This is because the compound helps improve blood flow and prevent constriction of blood vessels.

As an anti-anxiety compound, experts suggest that the compound may work by increasing the production of the neurotransmitter GABA and maintaining calcium levels in the brain for homeostasis regulation in the brain.

The compound Magnesium Taurate is produced using the chemicals Magnesium and Taurine as raw materials. The said products are combined and diluted with methanol. Thereafter, the filtrate is crystallized to obtain the desired product.

Magnesium Taurate use may produce various health benefits which may include the following:

Taking Magnesium Taurate supplements has long been associated with anxiety relief. This is because it helps regulate neurotransmitters involved in anxiety control.

The compound may also work in lowering blood sugar levels. This is a specific function of the compound Taurine which is attached to Magnesium.

Hypertensive patients may also experience relief with Magnesium Taurate supplements as the compound is found to lower blood pressure and improve blood flow towards distal portions of the body.

By reducing anxiety and regulating neurotransmitter levels, it is believed that the compound Magnesium Taurate may also promote sleep and rest.

Aside from lowering blood pressure, the compound Magnesium Taurate is also beneficial for cardiovascular health as it may reduce heart palpitations.

There are no serious side effects associated with the use of Magnesium Taurate. However, some patients have reported having experienced mild gastrointestinal symptoms. These side effects are not expected to progress.

In general, the daily recommended dietary allowances of magnesium supplements are 200 to 400 mg. Nonetheless, physicians may prescribe a different dose depending on the individual user’s weight, age, and overall physical condition.

Bulk Magnesium Taurate powder is available for purchase at our company, Nutriavenue.

Our company is an ingredient supplier which is registered with the FDA as such. With our product quality and dedication to excellent service, we are recognized by various entities including Kosher, Halal, and GMP.

We offer a wide variety of ingredients aside from Magnesium Taurate which you may check out on our website. We also provide shipping services through the air, sea, or couriers like UPS and FedEx for our customer’s convenience.

If you have any questions about our products and services, you may contact our technical support staff.