Pterostilbene: A Resveratrol Relative with Superior – Bioavailability for Anti-aging and Longevity Benefits 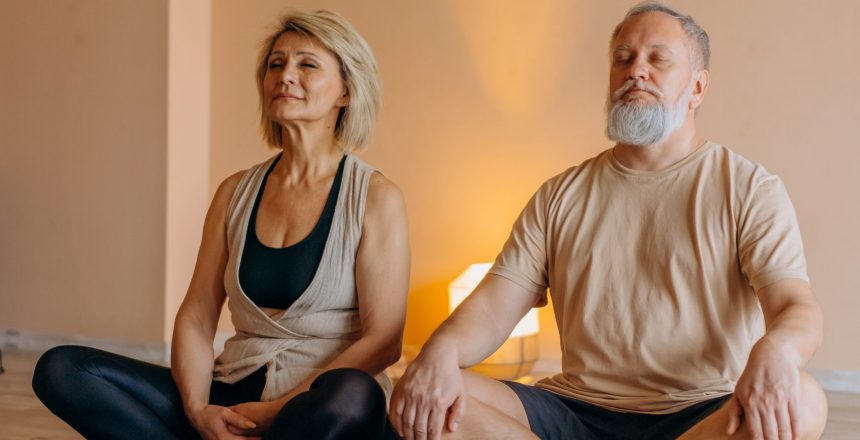 Pterostilbene is a uniquely structured dietary supplement ingredient that is shown to have powerful antioxidant and anti-inflammatory effects. It is known to enhance cardiovascular function, support longevity and promote healthy aging. The compound is also claimed to enhance overall cognitive function.

Pterostilbene is a stilbenoid compound that is structurally related to the popular antioxidant compound Resveratrol. It occurs naturally in nature and consists of trans-stilbene bearing a hydroxy group at position 4 as well as two methoxy substituents at positions 3′ and 5′. The compound is primarily studied upon for its potential effects in preventing the activation of many signaling patterns for carcinogenesis. Pterostilbene has known activated roles as a neoplastic agent, an apoptosis inducer, and a cytoprotective agent.

There are several names by which Pterostilbene is known in the dietary supplement manufacturing field. These include Dimethylresveratrol, Pterocarpus marsupium Heart Wood, trans pterostilbene, trans-pterostilbene, pteropure, synthetic pterostilbene, Methylated Resvertrol, Dimethoxyresveratrol, pTeroWhite, and Vaccinium uliginosum L. The compound is also known for its brand names such as Pteropure and Silbinol. It is identified as having CAS number 537-42-8 and molecular formula C16H16O3. The molecular weight of the compound is 256.296 g/mol.

Pterostilbene has an off-white to light brown powder appearance. It is generally soluble in methanol or DMSO but is insoluble in water.

Pterostilbene and Resveratrol have essentially similar molecular structures. However, they differ in certain aspects, which also leads to the conclusion that Pterostilbene may be better than Resveratrol.

Due to its dimethoxy groups at C3 and C5 of ring A, studies show that Pterostilbene’s pharmacologic effects are stronger than that of Resveratrol. The structure of the said compound makes it more lipophilic, which, in effect, increases its bioavailability, and permeability in membranes.

While Resveratrol is found to be a promising antioxidant agent several years ago, it was later observed to have very poor bioavailability. This is the reason why many manufacturers of modern antioxidant dietary supplements prefer Pterostilbene over Resveratrol.

With the increased demand for Pterostilbene, it is now produced through synthetic procedures under advanced laboratory practices.

Pterostilbene powder, when bought in bulk, is usually packed in paper drums with two layers of poly bags to increase protection. When buying from Nutriavenue, you may request a different packaging modality depending on the quantity of the Pterostilbene powder you purchase or based on your individual preferences.

Both Quercetin and Pterostilbene are known to possess potent antioxidant effects. In one study, it was found that a combination of the said compound has effectively reduced metastatic cancer cells growth in the liver. It is also shown to reduce proliferation in melanoma.

A breakthrough study on Pterostilbene has found that the compound, when bound with Caffeine, effectively slows down the absorption rate of the latter and increases its half-life. In effect, it is found that the Pterostilbene Caffeine combination may increase the total effect of Caffeine by up to thirty percent and even reduce crashing symptoms associated with Caffeine.

How does Pterostilbene work?

As a calorie restriction mimetic, the compound is believed to work in three different pathways. One of which is that it reduces the expression of the mammalian target of rapamycin (mTOR) which is a factor affecting a person’s aging. MTOR reduction, based on studies, results in effective combatting of rapid aging and longevity.

In another study, it was found that the compound may also activate adenosine monophosphate-activated protein kinase or AMPK which allows the body to produce cellular energy and protect cells from various conditions including obesity and diabetes. Lastly, the compound works as a calorie restriction mimetic by regulating the activation of silent information regulators (SIR), or sirtuins. These compounds are key anti-aging molecules that regulate gene expression and promote DNA repair.

Commercially available Pterostilbene is mostly produced synthetically as obtaining the product from natural extraction is found to be quite expensive.

One method to produce Pterostilbene involves the use of intracellular L-tyrosine from an engineered E.coli strain. This procedure required the activity of four enzymes, which include tyrosine ammonia-lyase (TAL), p-coumarate: CoA ligase (CCL), stilbene synthase (STS), and resveratrol O-methyltransferase (ROMT).

The process begins with the conversion of L-tyrosine into p-coumarin acid through the first enzyme tyrosine ammonia-lyase (TAL). Using p-coumarate CoA ligase (CCL), p-coumarin acid is converted to its activated form p-coumaroyl-CoA. Thereafter, p-coumaroyl-CoA condensed with three molecules of malonyl-CoA through the enzyme stilbene synthase (STS). Resveratrol is then produced through this step. Using resveratrol O-methyltransferase (ROMT), Resveratrol is converted into its analogs, namely, pinostilbene and pterostilbene. Thus, the compound Pterostilbene is obtained.’

The following are among the health benefits of using Pterostilbene in dietary supplement products:

As a potent antioxidant, it is believed that Pterostilbene may effectively enhance cardiovascular function. This is because it reduces oxidative stress and prevents hypertrophy in heart muscles.

It supports longevity and healthy aging

It is believed that the calorie restriction mimetic effects of Pterostilbene may contribute to longevity and healthy aging as it activates certain enzymes that help cells age and function healthily.

Just like Resveratrol, it is believed that Pterostilbene can cross the blood-brain barrier. Hence, it may enhance cognitive functions by preventing the rapid decline in brain cells and brain function.

The compound has also been associated with cholesterol control and weight loss through its calorie restriction mimetic effects. Studies also show that it may have effects in increasing testosterone levels and supporting bodybuilding efforts.

The use of Pterostilbene in dietary supplement products is not necessarily associated with side effects. However, some users may experience mild gastrointestinal symptoms which are expected to resolve eventually.

It is believed that the use of Pterostilbene for up to 250mg per day is safe and effective. Nonetheless, the recommended dose may vary depending on the individual user’s weight, age, and overall physical condition.

Where to buy bulk Pterostilbene powder?

Bulk Pterostilbene powder may be available for purchase in ingredient supply companies like Nutriavenue. If you are looking for a supplier offering high-quality products at very affordable prices, you have come to the right place.

Nutriavenue is an FDA-registered ingredient supplier offering various ingredients for dietary supplement formulations. Our company is duly recognized and certified by entities like Halal, Kosher, and GMP. You may check out our website for a complete list of the products we offer.

For our customer’s convenience, we also offer shipping services through the air, sea, or couriers like UPS and FedEx.

To get a free quote or for inquiries on our products and services, you may contact our technical support staff.