Originally, Citicoline sodium is used as a prescription drug in some European and Asian countries to improve memory, thinking, and overall mental status among patients who have previously suffered from a stroke. However, with the advent of clinical research and studies on the compound, it was slowly become recognized in the field of health supplement manufacture as a potent nootropic ingredient.

What is Citicoline sodium powder?

Citicoline sodium is a dietary supplement ingredient believed to support cognitive functions, including focus, mood, and overall affect. It is also said to improve vision and accelerate physical and mental performance. Essentially, citicoline naturally occurs in the body and is found in brain cells and tissues. Medical experts say that citicoline plays a vital role in maintaining levels of neurotransmitters and other enzymes in the brain. Hence, it may its supplementation may be helpful to support vital bodily processes.

The purity of the compound ranges from 98% to 99%. It is generally soluble in water, solid in form, and is of white color in appearance.

When purchased in bulk quantities, the compound is usually packed in paper drums and two layers of poly bags inside. Each drum usually contains 25 kilograms of the compound. The price for each kilogram of the compound generally ranges from $235 to $260. 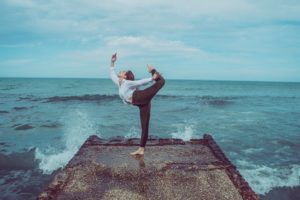 Citicoline sodium and citicoline are closely related products that are almost often used interchangeably. However, while their actions and function are similar, they still differ in certain matters.

The term citicoline is often used to refer to “citicoline free-base” which is used primarily for the manufacture of dietary supplements alone. On the other hand, citicoline sodium refers to both the compound used for supplement manufacture and that which is a component of prescription drugs for the treatment of neurologic conditions. These terms, along with the term “CDP choline”, are quite interrelated and known to provide similar benefits.

CDP choline and Citicoline sodium are also closely related products that often refer to no other than the health supplement ingredient citicoline. They may, however, differ in their description, such that citicoline sodium usually refers to the form which is taken exogenously or from outside the body. On the other hand, CDP choline often refers to the form which is naturally present in the body or endogenously.

In essence, the action of CDP choline in the human brain which is to maintain cognitive function is the intended action of taking Citicoline sodium supplements.

The production of the sodium salt of citicoline known as Citicoline sodium involves a complicated process which is developed over the years by various experts in the field. One of the methods commonly adopted is the use of dicarboxylic acids or their salts. This method is believed to yield a purity rate of 99% or higher as determined under the high-performance liquid chromatography (HPLC) technique. 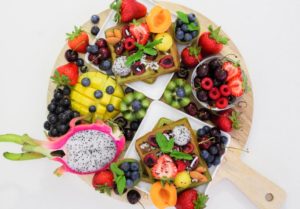 What is the action of citicoline?

There are several known pathways on how Citicoline Sodium improves brain function and serve as a nootropic. Once introduced in the human body, Citicoline Sodium is hydrolyzed into two compounds-cytidine and choline. These compounds then cross the blood-brain barrier and then reform into their original structure which citicoline. Its intended action then begins in the brain.

Primarily, citicoline or CDP-choline is a precursor for the production of acetylcholine, an essential neurotransmitter that is responsible for maintaining memory work. Also, citicoline affects levels of norepinephrine and dopamine in the central nervous system of the brain.

Another known mode of action of the compound is that it promotes the synthesis of membrane phospholipid. This intended action is very important as it promotes communication between nerve cells, including the effective transmission of nerve cell impulses. Positive nerve cell transmission is necessary for almost all bodily functions and reactions.

What does Citicoline Sodium do?

Taking pure Citicoline Sodium dietary supplements, as presented in statements of customers in product reviews, provides several health benefits. These claims were also verified by scientific international researches conducted over the years. Some of the known features of using Citicoline Sodium are as follows:

A person’s mood is affected by imbalances in neurotransmitter production in the brain. The neurotransmitters primarily responsible for mood and affect are dopamine, norepinephrine, and serotonin. After crossing the blood-brain barrier, experts say that Citicoline Sodium helps improve dopamine and norepinephrine levels, thereby improving mood and promoting a positive outlook. 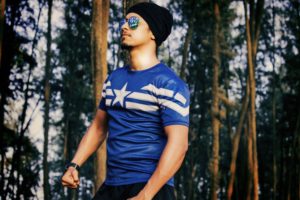 Citicoline Sodium as a prescription drug has been evaluated as quite beneficial to address memory loss and brought about by stroke and other related disorders. Within recommended doses, pure Citicoline Sodium in dietary supplements is also believed to support memory work among adults. The compound, however, is not intended to diagnose, treat, cure or prevent other illnesses related to memory loss such as those secondary to traumatic psychiatric conditions.

The action of the ingredient in enhancing memory is brought about by its mechanism to increase the production of the neurotransmitter acetylcholine. Hence, some experts say that the ingredient may be helpful among elderly individuals who are diagnosed with Alzheimer’s disease and Dementia which often causes memory lapses.

Aside from improving positive mood and enhancing memory, Citicoline Sodium supplementation is also believed to address other mental functions such as effective nerve signal impulse transmission and focus. Some experts also say that it may address some symptoms brought about by substance abuse.

While the above-recommended dosage has been studied in scientific research, it is important to understand that the same may vary depending on the person’s age, weight, and health condition. In effect, if prescription Citicoline Sodium is being used, the dosing prescribed by a physician must be followed. 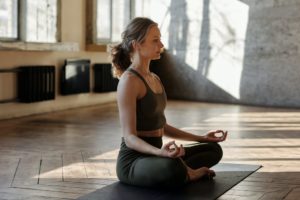 Where to buy Citicoline Sodium in bulk?

The price for Citicoline Sodium usually ranges from $235 to $260 per kilogram. The said prices may differ depending on the quantity of your purchase and the shipping fees on your location.

Bulk Citicoline Sodium is available on Nutriavenue. Our shop is the best source of high-quality supplement ingredients offered at a very affordable price. Nutriavenue is registered with the Food and Drug Association as an ingredient supplier and is certified by Kosher, GMP, and Halal as such.

For more details on price and description relative to Citicoline Sodium for bulk purchase, you can visit our site at Nutrivenue.com.

Be the first to review “Citicoline Sodium” Cancel reply