L-citrulline, as stated in various related customer reviews and health care studies, is among the most ideal supplement ingredients for better musculoskeletal health and effective workout performance. As a pre-workout dietary supplement, citrulline powder is said to be beneficial not only among athletes and bodybuilders but also among adults in general. 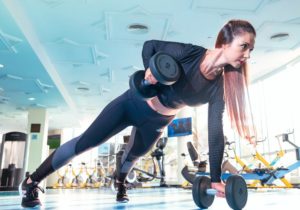 L-citrulline is a common dietary supplement compound classified as a non-essential amino acid. This means that it is already present in the human body and not necessarily obtained from food sources. Health care experts, however, recommend supplementation of the compound to augment the effects of that which is already naturally occurring in cells and tissues. Essentially, L-citrulline plays a vital role in maintaining heart and blood vessel health by regulating nitric oxide levels in the body. Thus, it is believed that supplementation of the said compound may support healthy blood flow and overall cardiovascular health.

The CAS number of the L-citrulline is 72-75-8. Its molecular formula is C6H13N3O3 and its molecular weight is 175.19 g/mol. It has white crystals or white crystalline powder appearance. The powder is also soluble in water.

L-citrulline in dietary supplements comes in several related forms. Among which are ordinary citrulline powder, l-citrulline malate, and L-citrulline DL-malate. Aside from changes in their molecular structure, molecular formula, and appearance, there are no significant differences in these compounds in terms of their health benefits to individual users.

The plain form of L-citrulline powder, aside from being featured as a workout performance enhancer, is also believed to contribute to the healthy distribution of nutrients and oxygen in the different parts of the body. While it does not possess rapid absorbability properties, this character of the compound may be useful in maintaining healthy levels of nitric oxide over time.

L-citrulline malate, on the other hand, is a form of citrulline which includes malic acid in its structural formula. Malic acid is also believed to increase energy levels by playing an active role in the TCA cycle. Some experts say that combining citrulline with malic acid, thereby producing L-citrulline malate, means synergizing energy-promoting benefits of using the compounds in their individual states and enhancing overall endurance. It is also said that L-citrulline malate has higher absorption rates and longer bioavailability. The only downside of using the compound is that, unlike L-citrulline, studies concerning it are relatively recent and are still subject to deeper confirmatory tests. 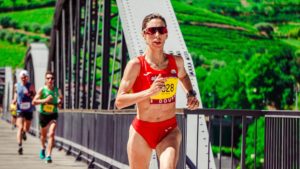 Some medical researchers are supporting the claim that Citrulline malate may provide more benefits than plain L-citrulline when it comes to supplementation for enhanced endurance and better workout performance. Both of these compounds primarily work by increasing nitric oxide levels, thereby promoting vasodilation in blood vessels. In effect, the said action increases blood supply towards muscles during exercise and prevents fatigue. 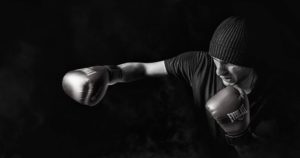 Thus, it is understood that while the active form which increases nitric oxide levels is Arginine, L-citrulline is more ideal for supplementation purposes as it is converted into higher quantities of Arginine than in L-arginine supplementation itself. This is explained by the fact that arginine suffers extensive first-pass extraction, as explained by experts.

The body may benefit from L-citrulline supplementation in a lot of different ways by simply increasing blood flow. With these health benefits, individual customer reviews give the product a five-star rating.

Experts say that citrulline may help support muscle growth and development and prevent these muscles from experiencing fatigue during a performance of a high-intensity exercise. One of the reasons why muscles experience fatigue is that oxygen and nutrient supply in the area is compromised due to a sudden increase in demand during exercise. Thus, by promoting improved blood flow through nitric oxide patterns, the oxygen and nutrient supply of muscles is met even with the consequent increase in demand during workouts. This results in longer endurance and subsequent muscle growth.

It is important to remember that L-citrulline supplementation does not diagnose, treat, cure or prevent muscle wasting secondary to underlying medical conditions. It does not, as well, prevent any disease affecting the musculoskeletal system, but only promotes muscle growth and development by improving workout efforts.

Taking L-citrulline or any amino acid alone without exercise or workout performances will not improve bodybuilding efforts as it only intends to support workouts. 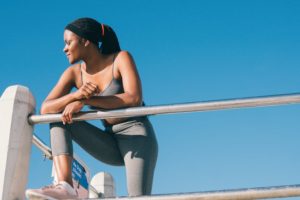 Health care experts say that increasing nitric oxide levels in the blood may promote blood circulation by dilating blood vessels or widening the pathways for blood, especially arteries. Improved blood flow does not necessarily prevent any disease but it may support nutrient and energy supply in the different organ systems of the body, especially those located in distal areas. Thus, pure citrulline l supplement may be beneficial to enhance overall wellness.

Some medical studies have shown that L-citrulline may be helpful in reducing blood pressure among patients who are diagnosed with hypertensive medical conditions. This is because it reverses vasoconstriction which is the reason why increased blood pressure develops among hypertensive persons. Overall, it is believed that L-citrulline supplements, as nitric oxide promoters, help maintain cardiovascular health and wellness.

The effect of L-citrulline in diabetic patients as an agent which supports the production of nitric oxide is also being studied as it may be helpful in the control of poor blood circulation.

A gradual decline in the body’s ability to absorb nutrients leading to poor nutritional status is a sign of the onset of elderly age. According to experts, protein-energy malnutrition is a very common occurrence among individuals in the elderly age as very few amino acids are able to reach the systemic circulation.

In one study recently conducted and published, it was established that citrulline supplementation is one of the best mechanisms to increase protein synthesis as it is not taken up in the liver and not used up in the intestines. This finding is very promising as it paves the way for the development of a treatment plan for protein malnutrition among individuals with compromised protein levels. 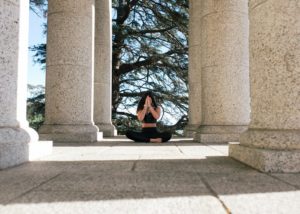 Another interesting fact on the potential health effects of L-citrulline supplementation is its ability to improve reproductive system health. Health care experts say that by increasing nitric oxide levels, the compound is able to promote blood circulation towards the genital area during sexual engagement. Hence, it is believed that the compound may help support symptomatic treatment for individuals with erectile dysfunction.

Medical practitioners say, however, that the compound may work only for mild to moderate cases of erectile dysfunction.

Muscle fatigue is one of the most common problems which need to be addressed for effective workouts. It is believed that L-citrulline supplementation which increases nitric oxide in the blood is quite helpful in promoting nutrient and oxygen supply in the muscle areas during exercise. Thus, this mechanism effectively reduces fatigue and promotes endurance.

Side effects in L-citrulline supplementation are rare. However, some customer reviews reveal that symptoms such as heartburn and stomach upset may occur. These symptoms typically disappear after the first few doses.

Persons who are taking medications such as nitrates and erectile dysfunction drugs like Viagra and Cialis are advised to consult their physician before using the supplement ingredient as it may interact with the action of these medications. Persons with ongoing medical issues are also advised to undergo a medical assessment before using L-citrulline. 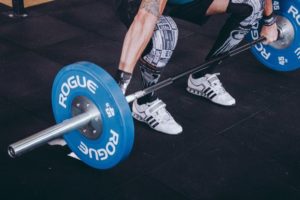 Generally, the recommended dose for L-citrulline supplementation is 3 to 6 grams per day. There are, however, experts who recommend the intake of up to 8 grams as this dose may be helpful in weight training.

Dosage for the said compound may vary depending on a person’s age, weight, and current medical status.

Where to Buy Bulk L-Citrulline Powder?

Bulk supplements can be purchased from several suppliers available online but for a more reasonable, reliable, and safe purchase, it is best to buy products only from verified suppliers.

Nutriavenue is a company duly registered with the Food and Drug Administration as an ingredient supplier. We are also certified by Kosher, GMP, Halal, and the FDA and we offer quality and affordable products.

For bulk L-citrulline powder, you may visit our website for a free quote. Our customer-oriented and friendly technical staff are always ready to answer your queries.

For more information on the other supplement ingredients we offer, you may visit our page.

Citrulline is generally recognized as safe as presented in health studies. However, the product is not intended to diagnose, treat, cure, or prevent any disease. For safety purposes, it must be kept out of reach of children.