L-ornithine is one of the three amino acids necessary in the detoxification of ammonia through the urea cycle. When used in dietary supplement products, experts say that the compound may be beneficial in increasing lean muscle mass and enhancing overall liver health.

The compound L-ornithine is classified as a non-protein amino acid. This means that it is not among the amino acids needed in protein synthesis but is instead used for other body processes. As a significant component in the urea cycle, L-ornithine plays a vital role in the elimination of nitrogen, a harmful compound that can cause a dangerous build-up of inert gas when not regulated within safety levels.

The CAS Number of L-ornithine is 3184-13-2. Its molecular formula is C5H12N2O2 and its molecular weight is 132.16 g/mol. The compound is generally soluble in water and also soluble in ethanol. It has a white crystalline powder or colorless crystals appearance in general. 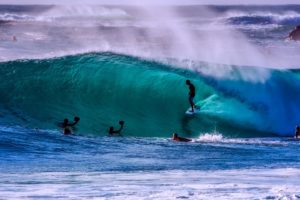 When used in dietary supplement formulations, L-ornithine may be included in one of several forms. The following are the common forms of the compound:

The most basic form of L-ornithine is the free-base powder form. It is in its plain salt form which can be prepared through enzymatic conversion. While it may be useful for its intended health effects, there are some undesirable effects related to its use such as the fact that it may be difficult to administer the free-base form intravenously. Thus, the need to include compounds to address the problem.

Another common form of L-ornithine in dietary supplement products is L-ornithine L-aspartate powder. The said compound is a combination of two amino acids, namely, ornithine and aspartic acid. The compound is a licensed drug in Germany and is primarily used in reducing ammonia levels in the blood.

According to scientific reviews and related medical statements, the use of L-ornithine HCl is more advantageous in dietary supplement formulations as plain L-ornithine has high osmotic pressure like all other salts. Thus, there is a need to dilute the same with high amounts of fluids during its introduction into the human body, especially through intravenous routes. 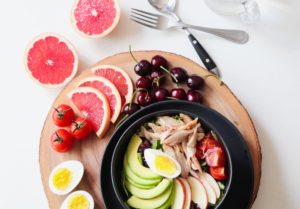 Experts also say that L-ornithine HCl may be more beneficial among patients with conditions associated with excess fluid retention and electrolyte imbalances.

L-ornithine is an amino acid precursor to both arginine and citrulline. Thus, the effective combination of L-arginine and ornithine can result in synergistic effects, making it more ideal for supplementation among healthy individuals.

Various medical studies have already provided the foundational basis for the claim that L-arginine and L-ornithine stack may improve overall muscle mass growth, promote athletic performance and increase growth hormone. According to product description statements, supplements with both L-arginine and L-ornithine may be beneficial for pre-workout purposes among athletes and bodybuilders.

According to the Food and Drug Administration, this product is not intended to diagnose, treat, cure, or prevent any disease. However, the use of the dietary supplement may provide health benefits which include the following:

Aside from lactic acid, ammonia build-up is a common hindrance to an effective workout. Statements in many medical studies reveal that ornithine is quite ideal in improving lean muscle mass development as it helps control the increase of ammonia by activating pathways to the urea cycle. In effect, ornithine supplement products may improve lean muscle mass at it improves athletic performance, preventing rapid wearing out of muscles, and promoting faster recovery after engagement in extraneous exercises.

Another important mechanism of how ornithine promotes lean muscle mass development is by playing a role in nitric oxide regulation. It is also believed that the compound may be useful in weight management as it is known to enhance metabolism. Experts say that it may as well increase energy levels among individual users.

One of the functions of the amino acid ornithine is immune response regulation. Although the compound is not known to prevent any disease, experts say that ornithine supplementation may promote wellness by strengthening the body’s resistance to abnormal microbial growth.

In one study, it was also established that Ornithine Hydrochloride may contribute to wound healing abilities of the body by promoting collagen deposition. This benefit is linked to the effect of the compound in regulating nitric oxide levels. 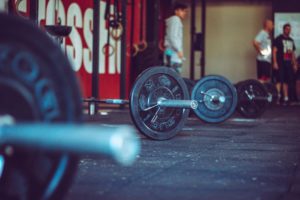 Ammonia is one of the toxins which destroy human cells and tissues when not regulated. One of the organs which are severely damaged with consistently high ammonia levels in the blood is the liver. According to medical practitioners, Ornithine Hydrochloride supplementation may be useful in preventing liver damage by regulating ammonia levels. As a result, the liver can efficiently detoxify the blood and cleanse the body from unwanted toxic compounds.

Gastric discomfort and diarrhea are among the most common side effects of Ornithine HCl supplementation as presented in scientific studies and customer reviews. These symptoms generally disappear after intake of the first few doses.

When more serious side effects such as cardio-respiratory discomfort result from ornithine supplementation, the intake of the compound must be immediately discontinued and a physician must be consulted.

Ideally, ornithine HCl may be taken up to 500mg per day. However, the recommended dose may change depending on the individual user’s weight, age, and current health status. The dosage for ornithine supplements is also stated in the product description usually attached in the supplement container.

The price for bulk Ornithine HCl powder usually ranges from $18 to $25 per kilogram. Prices may vary depending on the distance between the supplier and the buyer.

Nutriavenue is the best source of pure, high-quality, and affordable bulk Ornithine HCl powder. We also offer many other ingredients for health supplement manufacturing needs. 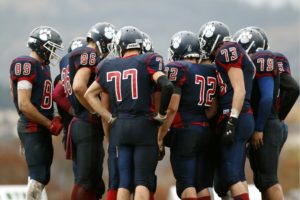 We are confident to meet your needs as we are recognized by the Food and Drug Administration as an ingredient supplier. We are also duly certified by Halal, Kosher, and GMP.

To get a free quote on bulk Ornithine HCl, you may visit our page and request a quote. You may also contact our customer service representatives for more details on the products we offer.

Experts believe that Ornithine Hydrochloride supplementation may improve overall health by supporting immune system function, protecting the liver from damaging toxins, and preventing muscle fatigue. It must, however, be taken within recommended doses to prevent side effects.